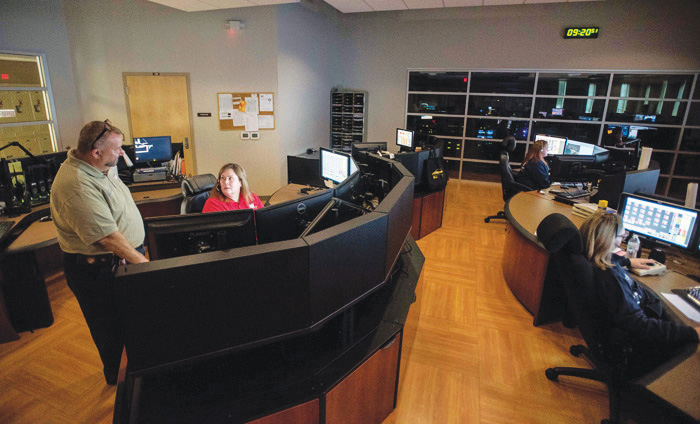 SALISBURY — No one ever expects that a call to 911 won’t be answered. Luckily, for telecommunication systems in North Carolina, no one ever will.

Sometime Friday, the Iredell County telecommunications system was down for about three and a half hours. But all the calls to the Iredell center were automatically transferred to Rowan County.

All 911 call centers are linked through the AT&T ESINet (Emergency Services Internet Network) system, which connects the 117 primary 911 centers through an internet-based routing service. When one system is down, as Iredell’s was on Thursday, its calls rollover to a predetermined backup county.

Rowan is the pre-set backup destination for Iredell County. Likewise, any Rowan County calls would be transferred to Cabarrus County in the event Rowan’s system was down.

“We took calls for about an hour and would call back via a cellphone to Iredell,” said Rowan County 911 Director Allen Cress.

“I do want to say thank you to our neighboring public safety team. Allen and I entered into this agreement as a backup to ensure no call goes unanswered for the citizens we serve. We are grateful to Rowan for their willingness to work together,” said Iredell County 911 Director Candy Strezinski.

Cress said three Iredell telecommunicators came to Rowan to take calls at the center because they are more familiar with the streets and roads referenced by Iredell callers. But for the first hour, Rowan County operators were exclusively taking those Iredell calls.

Cress said Rowan was a little busier than usual but the effort was seamless. Most people wouldn’t have known they were speaking with a Rowan telecommunicator.

Strezinski said the forethought and pre-planning of having this in place paid off when the phone vendor had a switch go down.

“The calls switched over automatically as they should and our staff deployed to Rowan,” she said.