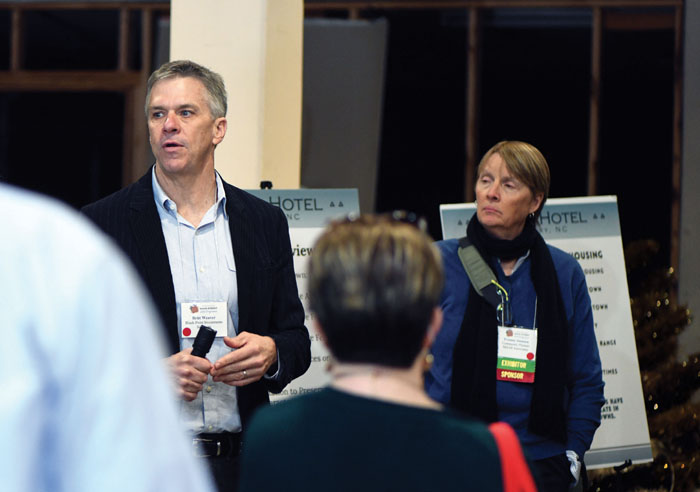 The business, if the package is approved, would receive tax rebates after increasing the property value through new equipment and/or renovations and adding an agreed-upon number of jobs. But it’s possible to receive a prorated incentive if final numbers fall short of prior estimates.

None of those are the case with a proposal pertaining to the Empire Hotel, the focus of a redevelopment effort that would create a mix of uses in a historic building. As currently proposed, the building would add dozens of apartments, retail space and potentially offices, too.

County commissioners are being asked to provide an additional 25% tax break for the Empire Hotel. That would be on top of an existing 50% tax break because of its historic landmark status, which developer Black Point Investments will retain.

The incentives may seem trivial to those already skeptical about tax breaks. Why would a developer need more incentives for the project? The developer has received or will receive other incentives.

But the value of additional incentives, especially since $1 million for the Empire proposed by Gov. Roy Cooper appears unlikely to appear in the final state budget, should go deeper than the typical calculation of jobs added or investment made.

The Empire Hotel’s redevelopment, as explained by Britt Weaver, of Black Point Investments, is a “tight project.” The redevelopment simply wouldn’t be economically feasible work if he had to pay 100% of the taxes due on the historic building.

By providing incentives, local officials will do their part to help improve the vitality of downtown Salisbury. Similar to the way in which new or expanding manufacturing plants provide jobs to local residents and property tax revenue to local government, the Empire Hotel will provide much-needed downtown living possibilities (local officials should push developers to ensure rents are priced to the market) and the likelihood rises that those residents will shop and eat downtown because the stores and restaurants will be within walking distance. Some of those new downtown Salisbury residents may move from elsewhere in the city or county, but others will be new to our community entirely. And there will be jobs in the redevelopment for local workers, contractors and companies.

Sure, the Empire Hotel tax incentive deal to be considered by Rowan County commissioners isn’t a typical one, but the project it will support will boost the local economy just the same.