LANDIS — Darrell Overcash lives in the same Landis home his grandfather lived in. He plans to stay in Landis and eventually pass the home to his kid or grandkids.

And Overcash is running for a seat on the Landis Board of Aldermen. He wants to serve the town and try to do what’s right. 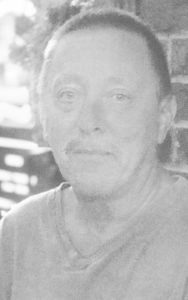 He says he will run the town like he runs his home and his life. Overcash is a maintenance supervisor at Atlantic American Properties.

“Everything has to be run like a business,” Overcash said.

Overcash, 54, is a member of the Landis Planning Board. He is married and has a son.

His first plan, if elected to the board, will be repairing the town’s sewer system. Because of stormwater penetration, where stormwater gets into the sewer system and is treated as sewer, he says the town and its taxpayers are footing the bill. Although a sewer system fix will be costly, he says the repairs will save the town money in the long run.

Overcash said he will continue to push for streets to be repaved. He said the solution is simple: use the revenue from vehicle fees to repave the streets.

He said the fund balance, which is partially a savings account for the town, will be in better shape at the end of 2019 than it has been in years. He wants to keep efforts going to build the town’s savings back up. He said the town can pay for costly projects by taking advantage of grants.

He says the widening of Interstate 85 will give a big opportunity to people to access town businesses.

He said the town has missed out on investment opportunities that went to Concord and Salisbury, but “Landis can explode.”

Overcash promises transparency if he becomes alderman. He spoke from experience, saying he requested a document from Town Hall and, after not receiving it, went to Mayor Mike Mahaley. The document was then mailed to his home, but it was not what he had initially asked for.

If elected an alderman, Overcash said he would make a point of finding out why the public record was not given to him and look into it as a serious manner.

“Everything is out there,” he said. “That’s the way it should be. Everything needs to be open.”

Overcash says he has no plans to decrease the flow of information to residents.

He considers the people of Landis to be the bosses, since they are the ones paying the town’s bills through taxes.

Overcash describes himself as a “hardworking, honest Landis citizen.”

“I want to be a voice for the people,” Overcash said. “I shoot straight from the hip.”

“The mayor, board, current staff have righted the ship,” he said.

He also noted that even town employees who don’t live in Landis are rooting for the town.