A community of believers: Carter Woolly reflects on time in Rwanda 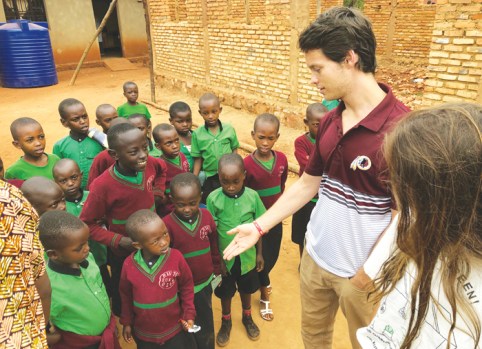 Carter Woolly, a graduate of Salisbury High School and Lenoir Rhyne University, visits with school children during a yearlong stay in Rwanda. 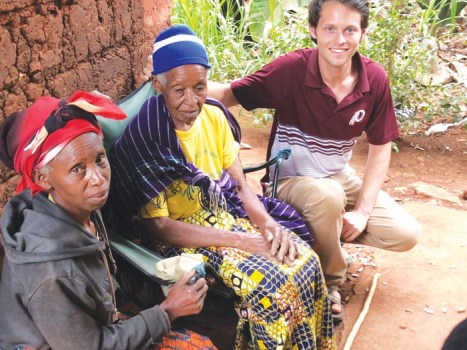 Carter Woolly visits villagers during a recent mission experience, a practice he says was highly valued in the country's culture. "In Rwanda, one of the most important things they do there is visit," he says. 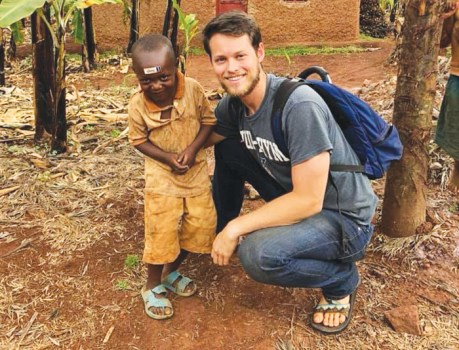 Carter Woolly visits with a village child during a yearlong stay in Rwanda through Young Adults in Global Mission.

SALISBURY — As Salisbury High School alumnus Carter Woolly prepared for graduation from Lenoir-Rhyne University in 2018, his eyes were on a change of pace.

Call it a gap year, call it whatever, he said: “I knew I wanted after college to do something for a year … that I’m not going to be able to do five, 10 or 20 years down the road.”

The decision to venture off the beaten path would lead the political science major just shy of 7,500 miles from Salisbury during a yearlong, international journey of service with the Evangelical Lutheran Church of America. Woolly’s quest, through the church’s Young Adults in Global Mission program, took him to Rukira, Rwanda, where he spent a year acting on the program’s key word: accompaniment.

“You go to a different country, you live in the community,” Woolly said. “It’s all about just going and living with the community instead of necessarily going and doing a job.”

Though he was assigned small tasks in the tiny and welcoming community — he worked at a local preschool in the morning — the lack of assigned tasks provided the opportunity for Woolly to compose blogs and newsletters to convey the story of Rwanda to his brothers and sisters in faith.

“I was working to help people know what the story was in Rwanda, that Rwanda wasn’t just Africa, it wasn’t just a place where genocide happened,” Woolly said. “Things actually happen here, and though the people are different than us, we’re all essentially the same.”

The concept, he said, is one he learned as he worked to educate others back home and one he learned alongside his Rwandan hosts. Life when he first arrived to Rukira, he explained, could be summed up in two words: “Very slow.”

Rukira was an odd mix of old and new, according to Woolly. It has electricity but no running water. Many villagers have smartphones and keep up to date on American news, but they continue to place greater value on face-to-face interactions rather than screen time.

This, said Woolly, is something he hoped to carry with him as he returned to the United States.

“In Rwanda, one of the most important things they do there is visit,” he said, adding that failing to visit a loved one or friend routinely could be considered an unintended offense.

“Seeing this, I really gained a better appreciation for the people in my life who I surround myself with,” Woolly said. “I’m going to work to keep in direct contact with people I care most about: going and seeing them face-to-face, going and getting lunch with them or just going to people’s houses … or inviting people to come wherever I am.”

As he works to act on this newly established commitment to relationship building, Woolly is continuing his efforts to communicate the story of Rwanda to those across the sea. When he left, the Rwandan church where he was stationed was working to build a primary school for the community. The church needed $8,000 to complete the project.

In the past week, members of St. John’s Lutheran Church have raised $10,000 to support the project, something Woolly calls “pretty amazing.”

“Missionary work in the 21st century is not the missionary work that you think of when you think of people going and spreading the light of Christ to the world,” he said. “Rwanda is more of a Christian country than the United States is. (Today,) mission work is really just accompaniment. It’s walking alongside other folks.”