SPENCER — For Rowan County native and engineer Jonathan Williams, the draw “home” to Spencer after five years in the Charlotte metro area was heavily influenced by the town’s close-knit community — “something uncommon in Charlotte,” he said.

It’s with an eye on preserving this close-knit and positive nature that Williams is running for mayor. 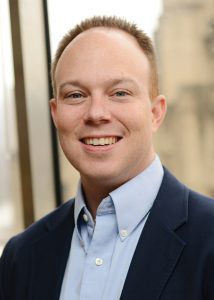 “In light of the recent events in the town and the publicity it has received, it has become evident there is a need for strong leadership that can build bridges, mend fences and help move our town forward and beyond our recent struggles,” Williams said.

Williams is a 37-year-old graduate of West Rowan High School and Clemson University, currently working with HDR Engineering Inc. of the Carolinas as a south Atlantic water resources manager. After his 2009 relocation to Spencer, he has served as chairman of the town’s Planning Board since 2017; North Rowan community schools lead for the United Way Day of Caring since 2013; and Rowan County lead for World Water Day in area schools since 2018.

He has also served on Rowan County’s Creek Week steering committee and as a council representative for St. John’s Lutheran Church, serving as president in 2016 and 2017.

This rich investment in the area was part of a choice made by Williams and his wife, Meredith, to serve where their talents could best benefit the town, Williams said.

The soon-to-be father of three plans to use these experiences to encourage community unity, establish a prioritized list of necessary infrastructure projects as well as lead economic growth and revitalization in the town.

Step 1 in this push for unity would involve a cohesive Board of Aldermen “collectively focused on a common goal of the future success of the town,” said Williams.

“Through input from our town staff and community, we will be able to develop a capital improvement plan, which reflects the collective priorities and consensus of our town,” he said.

With these priorities identified, Williams said, he would work to lead economic growth and revitalization in the town and its extraterritorial jurisdiction through commercial, industrial and residential growth as development moves north along the Interstate 85 corridor.

Growth would be fostered by leadership that not only promotes new business but supports existing businesses and celebrates the critical role they play in Spencer, he said.

“By no means do I feel I am ‘the answer,'” said Williams. “But by all means, I am committed to this town and have the vision for uniting our community and leading us to make the news for all the right reasons.”