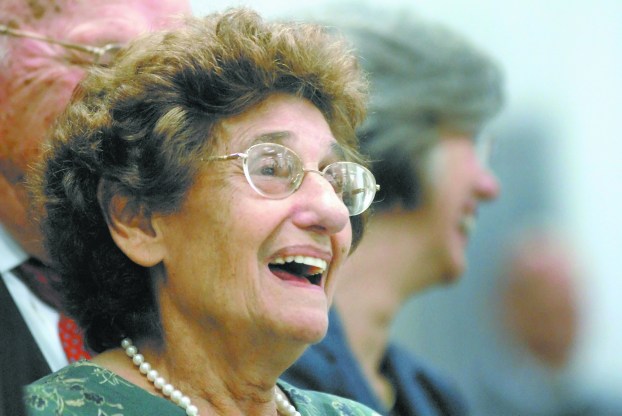 Rose Post: Teach him, but gently if you can

Editor’s note: The foreword to this column is written by Phyllis Post, the daughter of former Salisbury Post reporter and columnist Rose Post. It precedes a column that ran every year.

She loved its universal message about how parents feel sending their young children off to school for the first time. She would personalize the beginning by sharing her thoughts or mentioning the names of family members or friends who were beginning their school journey.

While I love the powerful message about how hard it is to send off our young children, I believe the message is true for children at all grade levels. In our family this year, Rosie starts high school, Blake heads to college and Emma starts graduate school.

I hope their teachers remember they are entering new territory and support them as they face their new challenges. I appreciate all of our dedicated teachers as they begin this new year and as we entrust our children of all ages to their care.

I always knew the real story was about your child, my child, all the little ones who were just beginning, going off to school for the first time, one at a time. And I always wanted to tell the teacher. …

Then one day I discovered that a principal in Franklin, Indiana, whose name I didn’t know, had already told the teacher exactly what I wanted to say, so I let him say it again for us. He wrote:

My son starts to school this week.

It’s all going to be strange and new to him for a while, and I wish you would sort of treat him gently.

Up to now he’s been boss of the backyard. I have always been around to repair his wounds, and I’ve always been handy to sooth his feelings.

Things are going to be different.

This morning he’s going to walk down the front steps, wave his hands and start on his great adventure that probably will include wars and tragedy and sorrow.

To live his life in the world will require faith and love and courage. So, teacher, I wish you would sort of take him by his young hand and teach him the things he will have to know.

Teach him, but gently if you can.

Teach him the wonders of books. Give him quiet time to ponder the eternal mystery of birds in the sky, bees in the sun and flowers on a green hill.

Teach him about the world of work. Teach him that it is far more honorable to fail than to cheat. Teach him to have faith in his own ideas, even if everyone tells him they are wrong.

Try to give my son the strength not to follow the crowd when everyone else is getting on the bandwagon. Teach him to listen to all men, but to filter all he hears on a screen of truth and to take only the truth that comes through.

Teach him to sell his brawn and brains to the highest bidder, but never to put a price tag on his heart and soul.

Teach him to close his ears in a howling mob and to stand and fight if he thinks he’s right.

Teach him gently, but don’t cuddle him, because only the test of fire makes fine steel.

This is a big order, teacher, but see what you can do. He’s such a nice little fellow, my son.

Josh Bergeron: Time may be critical party of growth equation for Rowan County

For years, politicians in small cities like Salisbury and even smaller towns have wondered: what would it take to get... read more