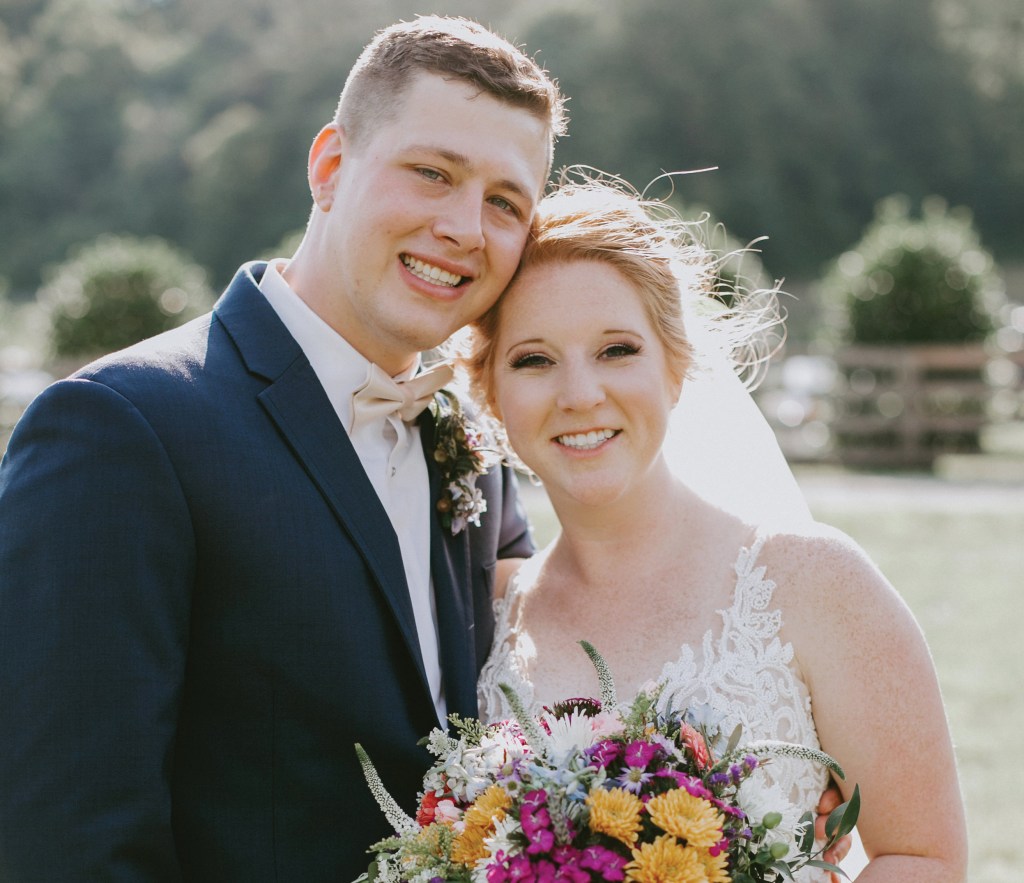 Kaitlin Brooke Hipp and Seth Buchanan Gentry were united in marriage Saturday, June 15, 2019, at Fussell Farm in Millers Creek. Parker Arnold officiated the 4:30 p.m. ceremony which was followed by a reception.

The bride was escorted by her father, Greg Hipp. Amy Hipp attended her sister as maid of honor. Bridesmaids were Maggie Daniel, Zoe Faircloth and Maddie Gentry, sister of the groom.

The bride is the daughter of Greg and Jackie Hipp of Salisbury and the granddaughter of Brent and Ruby Watson and George and Mary Hipp, all of Salisbury. Kaitlin is a 2011 graduate of West Rowan High School. A NC Teaching Fellow, Kaitlin received a Bachelor of Science in Elementary Education from Appalachian State University in 2015 and a Master of Arts in College Student Development from Appalachian State University in 2017. She is employed as an elementary school teacher in Watauga County.

The groom is the son of Frank and Elizabeth Gentry of Salisbury and the grandson of Roderick and the late Ann Hughes of Winston Salem and the late Wade and Nancy Gentry of Salisbury. A 2011 graduate of Salisbury High School, Seth graduated from Appalachian State University in 2015 with a Bachelor of Science in Business Administration. He is employed by Enterprise Rent-A-Car as a branch manager.

Following a honeymoon in Punta Cana, Dominican Republic, the couple are making their home in Wilkes County.