Full Steam Ahead: Brew and Choo Festival takes off 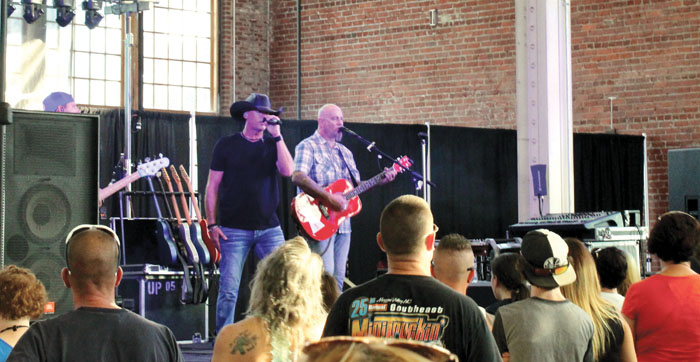 SPENCER — On Saturday, people from all over the region visited the N.C. Transportation Museum to participate in the second annual Brew and Choo Beer Festival.

It was an event packed full of festivities, ranging from live music by the local country singer Darrell Harwood to kid-friendly activities. And, the event had 11 breweries, too, from all over the region.

In order to do so, the foundation added more activities to the ones it had last year said, said Marcus Neubacher, of the N.C. Transportation Museum Foundation and the museum. One of these changes included having live music with a full band.

The event was crowded with people enjoying activities, Neubacher said. Part of the event included train rides with complementary beers, he said. There were four train rides scheduled, each with a 150-person capacity, and they all sold out.

The event is a fun and great way to showcase the museum and bring people who may not normally come to see it, said museum Executive Director Kelly Alexander.

Andy Maben, brewmaster for Salisbury’s New Sarum Brewing, said he came to the event because it was local and he “loves the transportation museum.”

Maben said he is a big history buff, too, making the museum aspect of the event even better.

Attendees hailed from places including Charlotte and nearby Davidson County, visiting for a variety of reasons. Many came simply to spend time with friends, and others said they thought it was an exciting event.

They were both excited to have gotten “the last tickets” for the train ride, too.

Don Doering, an attendee, said he tries to come to the transportation museum once a year. He said he was enjoying the event; he came for the beer, food and people, he said.

Thomas Wayne, an attendee from Davidson County, said that he came to “relax and get away from things.”

And, Bill Earp, also from Davidson County, said he took vacation so that he could be at the event. Earp said he did so because he had such a good time attending the event last year, he said.

Sarah Edwards, another attendee, said it was nice having both kid- and adult-friendly activities.

The event is a way to get out of the house and enjoy camaraderie, said Florida native and new Salisbury resident Jackie Shepherd.