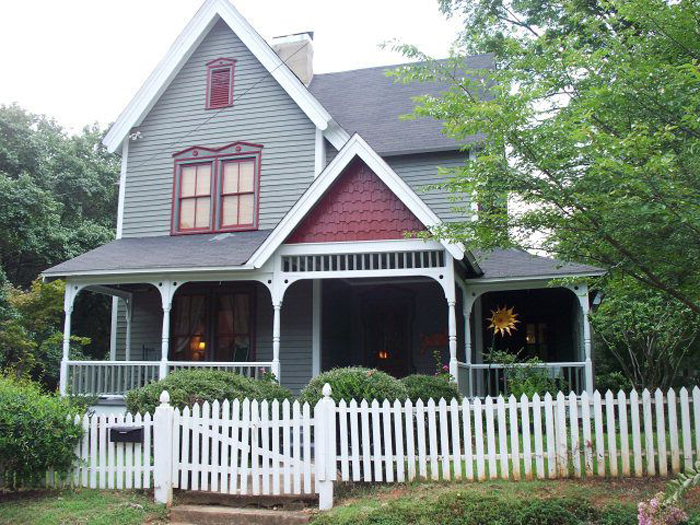 SALISBURY — Eugene and Christine Goetz went before the Historic Preservation Commission on Thursday to ask for approval to begin the application process for their home, the Scales-Grubb House, to be designated a local historic landmark.

The home, located at 126 E. Steele St., was once part of John Steele’s plantation. Born in Salisbury, he was a U.S. representative and was appointed comptroller of the treasury by President George Washington.

The home is also named for Mary Steele Scales, a great-granddaughter of John Steele. It was built in 1893.

Catherine Garner, city staff liaison to the commission, described the home as pivotal to the neighborhood.

Eugene Goetz said he and his wife want the designation because they would be able to apply for historic tax credits and continue to live there and renovate it. The Goetzes are retired.

Eugene Goetz is a member of the historic commission, but he recused himself in the case.

“The more history we got into, the more we got to see that not only is this a beautiful house, it’s tied to history in Salisbury and the rest of the country,” Goetz said.

The commission approved a pre-application for the historic landmark designation.

Member Will James said he is familiar with landmark applications from his work in Colorado and said the home would be a shoo-in.

“I’m looking at this as special significance and integrity, and it checks most of these things,” Cobb said. “It would be tremendous if they could approve this.”

The application would go to the State Historic Preservation Office for approval, then come to the City Council for final approval.

Chairman Andrew Walker said the historical significance of the previous owners will make a strong case but the historic architecture may be weak for the state office. The home’s architect, George Barber, according to Goetz, was one of the first to sell drawings for home designs that could be replicated. He referred to the design as “12.” Cobb asked if he knew how many “12s” are still standing and in good condition. Goetz said he would have to check and add that information to the application.

Goetz said that 90% of the front exterior is original.

• The commission approved Mike Dunham’s application to remove a tree on his property on North Fulton Street. The case had to come before the commission because Dunham does not want to replace the tree because of power lines and roots and because he has no room for a tree to grow.

Dunham said the tree is decaying and he fears limbs might fall on his car.

Commission member Jon Planovsky said he was inclined to approve it.

“While we do want a tree to at least be replaced somewhere, I think the backyard is plenty full enough and any tree planted would be struggling to get light back there to even grow,” Planovsky said.

• The commission partially approved changes to a home at 117 E. Steele St. Kristina Dodds asked for after-the-fact approval of several changes including adding a front porch post, removal of a railing on the front porch, the relocation and replacement of a back door and removal of a window.

Walker asked Dodds why she didn’t come before the commission ahead of the changes, especially because she had previously gotten changes approved and understood the process.

Garner said there is a $250 fee to come before the commission after work is done.

James supported the approval but said Dodds should have came before making the changes.

“I don’t think we should encourage people to come after the fact, but in this case, I think an awful lot of good improvement has been done to the back of the house and it should be approved,” James said.

Goetz agreed the home had been improved, but commission member Sue McHugh argued against James and Goetz.

“That’s not the issue,” McHugh said, adding the changes go against city guidelines.

The commission denied the removal of the porch railing and told Dodds to replace the door with a half-light wood door similar to the original one.

• The commission approved a slightly smaller replacement garage door and the addition of a flush metal main door at 120-B E. Innes St.

• It  also approved the addition of a black canvas awning at the entrance of the F&M Professional Building to mitigate water damage.

• The board approved the addition of a roof at Top Hat, at 427 W. Fisher St., to mitigate water damage.

• Planning Director Hannah Jacobson gave an update on the 230 S. Lee St. property that is set to be demolished. The commission would have to decide who the savaged material would go to and approve the landscaping plan for the property. The lot is owned by the city. Walker said the property should have been saved and it is a shame the city didn’t do so.