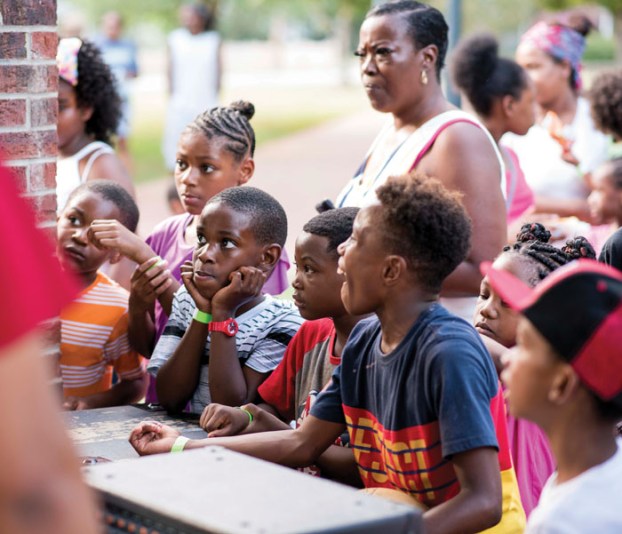 Quotes of the Week: ‘He blessed me with a kidney …’

“It’s kinda cool to see the community come together and hang out. It builds a good bond.”

— Garrett Henson, a firefighter with the Salisbury Fire Department, who was among the first responders taking part in a National Night Out observance Tuesday at Cannon Park

“There’s only one road out of poverty, and that’s through the schoolhouse.Our kids legitimately are our future, … and what our community will look like in 10 to 15 years is what our high schools look like now.”

— J.H. Corpening, chief District Court judge in New Hanover County, speaking in Salisbury at the first meeting of the School Justice Partnership, a group of educators, civic leaders and court officials discussing strategies to resolve school disciplinary infractions before they end up in the justice system

— Tamara Sheffield, a member of the Salisbury City Council, during last Saturday’s groundbreaking for the Bell Tower Green park now under construction downtown

“It doesn’t matter the size of the house you come from or the car you drive, your environment cannot be a crutch for not doing well. Success has no barriers.”

“I can save you a lot of time by doing nothing. That’s what you should do.”

— Clyde, a local artist who spoke against proposed changes in the way the mayor and City Council members are elected during a public hearing Tuesday evening

“He blessed me with a kidney, and I’m forever indebted to him.”

— Keith Fero, who recently had a kidney transplant after a donation by Jason Dontrell, a fellow member of Franklin Baptist Church

Sharon Randall: Making the most of one life

By Sharon Randall What will you do with your one sweet life? I was 18, soon to finish high school,... read more