The lectures, which are free and open to the public, will be held at 7 p.m. Oct. 4 and 10:10 a.m. Oct. 5 in Albert J.D. Aymer Center on campus. The lecture is titled “Embracing Hopelessness.” 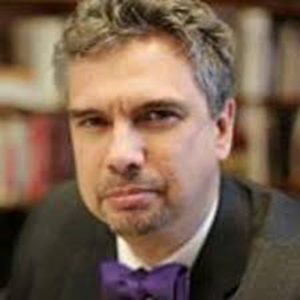 The Iliff School of Theology is in Denver. De La Torre has written more than 100 articles and published 33 books — five have won national awards — since obtaining his doctorate in 1999.

A Fulbright scholar, he has taught in Indonesia, Mexico, South Africa and Germany. In his guild, he served as the 2012 president of the Society of Christian Ethics. In the academy, he is a past director to the American Academy of Religion; past chairman of the Committee for Racial and Ethnic Minorities in the Profession; past chairman of the Ethics Program Section; written the “AAR Career Guide;” served on the program committee; and presently serves on the editorial board of JAAR.

De La Torre has written numerous articles in popular media and has served in several civic organizations. Recently, he wrote the screenplay of a documentary on immigration, “Trails of Hope and Terror,” which has screened in over 18 film festivals, winning more than seven film awards.

The Ruben L. Speaks Endowed Memorial Lecture Series is named in honor of the late Bishop Ruben Lee Speaks, an African Methodist Episcopal Zion Church leader acknowledged on numerous occasions for his leadership and creative engagement in ministry. Speaks received the Chancellor’s Award at the University of North Carolina at Wilmington and the Distinguished Citizen Award from the Brooklyn Advisory Committee of the New York Urban League.

Hood Theological Seminary, located at 1810 Lutheran Synod Drive, is a graduate and professional school sponsored by the A.M.E. Zion Church. Its student body, faculty and staff include people from many denominations.