SPENCER — In 2013, Bob Bish relocated from New York to Spencer with hopes of a warmer climate and an escape from shoveling snow.

And while the North Carolina climate certainly delivers, depending on the year, 2019 finds him trading in the snow boots for a set of waders — proverbial ones, that is. 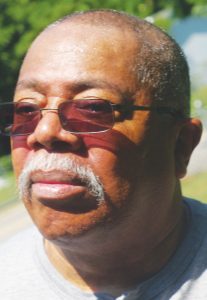 “When I got down here, I didn’t know which way the community was going,” Bish said. “The more I got involved with going to meetings, I started noticing I was the only resident there — so I had to wade in.”

Bish took the first step in this wade on July 15 when he filed for candidacy for the Spencer Board of Aldermen. He is one of 12 campaigning for six seats, including four incumbents.

Though a spot on the board would be Bish’s first elected office, he brings to his candidacy experience on the town’s Historic Preservation Commission, as well as involvement in city government in New York, he said.

There, Bish served as an aide to a city councilwoman, as well as district manager for an area roughly the size of Spencer, he said. The job involved ensuring services such as police and emergency support were provided to the community.

With this lens, Bish said, he has been able to see some challenges that the town of Spencer needs to address, challenges he was limited in influence in his role on the Historic Preservation Commission, including strengthening police services, increasing street safety and decreasing impediments for drivers.

By addressing these things, the town would see marked improvements, Bish said.

“A lot of people understand the tax base of Spencer is heavily on the backs of homeowners,” he said. “We need to be able to develop more of a retail, industrial and business base, otherwise homeowners will end up supporting the whole town.”

He said the town needs to look to Washington and Raleigh to “try to get some dollars into Spencer.”

“To do that, we’ve got to show we’re a viable community,” he said. “I’m hoping we can increase the voter count so we can make a little spark and become more noticed by those who make decisions in regard to funding.”