SPENCER — In his campaign for a third term on the Spencer Board of Aldermen, Mike Boone said his hope is to “push new projects for future improvements.” 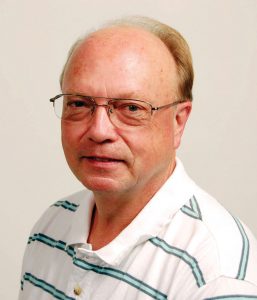 The 67-year-old retired Rowan-Salisbury Schools employee said these projects include a housing study, parks study and improvements to Spencer’s side of the Yadkin River Park.

Boone said a housing study is needed to accommodate future needs as industry moves close by, as well as to make use of vacant lots in town.

“This could lead to combining properties to create small developments or possible tiny housing communities,” Boone said. “Doing so would also bring a younger generation to town and foster growth.”

A park study is necessary as the town completes its new greenspace at Park Plaza as well as with the 60 acres added to Spencer Woods.

“We need a plan on how to manage, obtain grants, maintain and use (these parks) to draw people,” Boone said.

And with parks in mind, he said he is looking to persuade the board to expand its efforts in the Yadkin River Park project, despite its location on the periphery of town.

“We need plans on how to proceed and obtain grants,” he said. “Even though this is in our extraterritorial jurisdiction, it is an entrance to Spencer.”

Other upcoming priorities for Boone include increased communication with the public. He said he has requested that the board look into purchasing a digital sign for Main Street “so that our citizens will know what is happening as far as news and events.”

Boone said he will continue to focus on the town’s competitiveness in regard to salaries of all departments to increase staff retention, as well as monitor the enforcement of town codes and laws to improve quality of life.

Addressing concerns about ongoing projects like Fourth Street and Park Plaza, he said he does not see the endeavors to be platforms in the 2019 election as “plans are already in place and moving forward as fast as possible.”

“As in any major project, setbacks occur,” he said.