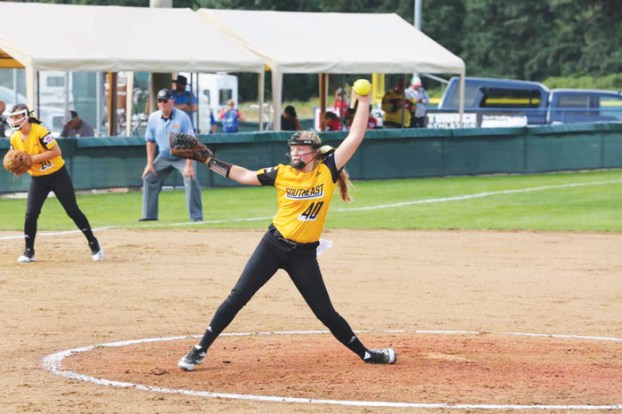 A great start for Rowan at the World Series 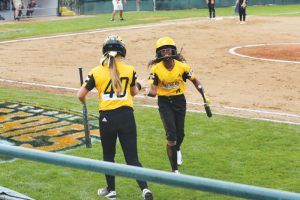 PORTLAND, Ore. — Lefty Campbell Schaen did everything right on Wednesday as Rowan Little League started World Series play with a 7-0 win against Louisiana.

A rising eighth-grader at Mooresville Middle School, Schaen pitched a no-hitter with 11 strikeouts and no walks. Schaen was one out away from a perfect game when Louisiana got a baserunner on an error on a fly ball with two outs in the bottom of the sixth.

“One strike away from a perfect game, but, hey, if that’s the worst thing that happens to us while we’re out here, we’ll definitely take it,” Rowan manager Steve Yang said.

Rowan Little League, a team made up of girls from Rowan and Iredell counties, is representing the Southeast Region for the fourth time in five years.

“Louisiana has a very strong team with several returners from last year,” Yang said. “This was a great start for us. Campbell Schaen was Campbell Schaen. She was unbelievable.”

Rowan (11-0) managed only one base hit in the first two innings, but it put together a six-run top of the third to take command.

“We looked pretty terrible at the plate those first two innings and we were just getting mowed down, but then Kennedi Fisher got us going,” Yang said.

Fisher. Rowan’s No. 8 batter, lined a base hit to right to start the sixth. Kassidy Sechler bunted for a hit, and Rowan ran the bases aggressively with Fisher streaking to third and Sechler taking second. Then leadoff batter Lauren Vanderpool hit an infield bouncer. The throw came home, but Fisher beat it, and Rowan led 1-0.

After Schaen walked to fill the bases, Louisiana got a strikeout for the first out. Then pinch-hitter Cadence Lane put a ball in play, and an infield error allowed Rowan to make it 2-0.

“Cadence is always going to battle at the plate and we knew she’d do her job,” Yang said. “The ball she put in play created havoc and helped get that big inning going. We ran the bases well and put some pressure on them.”

Kynlee Dextraze came through with a run-scoring single to make it 3-0. Ashley Yang walked to force home a run, and it was 4-0. Emma Rae Cline’s groundout scored a run. Then Fisher made it 6-0 with an infield hit, a well-stroked ball that the third baseman knocked down.

Schaen easily made that lead stand up. She threw 61 of her 83 pitches for strikeouts.

Fisher, Rowan’s center fielder, also turned in the defensive gem of the game. She made a leaping catch for the first out in the second inning.

Other Rowan team members are Avrelle Harrell, Riley Haggas, Lexie Ritchie, Andie Evans and Carmen Freeze. Harrell had a base hit in the first inning. … Rowan is off Thursday and will practice in the morning before spending most of the day relaxing at Cannon Beach. … Rowan returns to pool play on Friday with a 1 p.m. (EST) game against Italy, the champion of the Europe/Africa regional. Host Oregon won 6-5 vs. Canada on Wednesday, while Pennsylvania took a 3-1 win over Philippines. Hawaii trounced Iowa 11-1 in the late game. … Rowan plays Oregon on Saturday at 4:30 p.m. and finishes pool play with a game against Canada at 7 p.m. on Sunday.