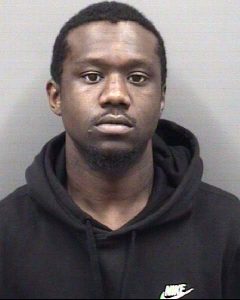 SALISBURY — A Kannapolis man was charged with breaking and entering Sunday after authorities said he entered through a kitchen window at his former girlfriend’s Salisbury home.

Brandon D. Cannon, 27, of the 500 block of Plymouth Court, also faces a charge of misdemeanor domestic criminal trespass. He was held under a 48-hour hold with no bond because of the domestic nature of the charges. He has since been released.

A woman called 911 about 9 p.m. Sunday to say her friend’s ex-boyfriend was trying to enter a home on Poteat Lane. While a Rowan County Sheriff’s Office deputy was en route to the home, the caller told the 911 dispatcher that Cannon had tried unsuccessfully to get in through the front and back doors.

Cannon then climbed through a kitchen window and began yelling and cursing at everyone inside the home, authorities said. According to a report, the ex-girlfriend, the female caller, children and a neighbor were in the home.

The former girlfriend told authorities that she recently split up with Cannon and told him not to return to her house. She had changed the locks on the home.

We’ll  have areas of patchy fog through 9 a.m. today, then it will be mostly sunny with a high of... read more