My turn, Michael Stringer: When did America’s War on Poverty become War on the Impoverished?

Living in western Rowan County, I observe a microcosm of America. Often, I am overwhelmed by idyllic views of beautiful homes, grand farms and road construction on my ride into Salisbury. 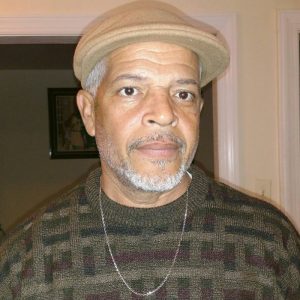 However, I can’t escape the deserted mills, the dilapidated homes, and the deplorable conditions of our poor. The juxtaposition shows me that this American experimental journey is still incomplete. “We cannot be content, no matter how high that general standard of living may be, if some fraction of our people — whether it be one-third or one-fifth or one-10th — is ill-fed, ill-clothed, ill-housed, and insecure”1

Looking to the future is the greatest moral American value. Imagining a country where “all men are created equal” started the noblest experiment the world has ever seen. Throughout its history and now in its present, this grand ideal is constantly under duress by nations that have never tasted freedom. Repressive ideologies, whether religious, political or economic, constantly batter its foundation. Still, the essay of the United States continues its composition by people with dreams.

In the global economy, the benefits of a good education, affordable housing, health care and financial security in old age create wealth. Our nation fails our society when these basics are denied to all.

America’s ability to face international competition is stifled when we gaze longingly at a past anchored in dead technologies. Sustainable economic growth is found in nations that adapt rapidly to technical innovations through a skilled labor force. Their people feel secure in neighborhoods. Their citizens are confident of available, quality medical care. They are comfortable knowing their senior years will be spent in relative financial security.

Our current policy makers, at all governmental levels controlled by the GOP, have turned the founding fathers’ ideas on their heads. While corporate farmers receive billions of tax dollars as a result of the current incoherent foreign policy, small farmers endure ever-increasing suicide rates. While communications giants merge, rural America is swiftly becoming a communications desert, neither able to retain its children with well-paying jobs nor attract an influx of technology-based industries.

While for-profit education scammers rake in huge tax dollars, people with hopes and dreams of a better life are shackled with unbearable debt, and the public school system is decimated. While corporations poison the air and water and strip natural resources, common people are sickened and killed.

Now is the time for our country to invest in its future. We need an economic/tax policy that will give all of us an opportunity to pursue happiness. As Thomas Jefferson counseled us long ago, “Another means of silently lessening the inequality of property is to exempt all from taxation below a certain point, and to tax the higher proportions of property in geometrical progression as they rise.”2

Accomplishing this requires citizens to educate themselves on the issues, not be consumed by ideology and exercise their right to vote.