The United States is the land of freedom and of welcome. Our nation’s history overflows with stories of people relocating here, beginning with the first pilgrims being welcomed by the hospitality and generosity of the Wampanoag and their feast of Nikkomosachmiawene, or Grand Sachem’s Council Feast. 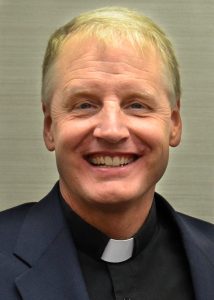 Virtues of hospitality continue to be valued as “American” as we have welcomed generations, including our own president’s mother, who emigrated from Scotland in the 1930s. Whether they were fleeing religious persecution or searching for a better life, our country has a proud tradition of welcoming immigrants and refugees with generosity and grace.

Churches, local clubs and numerous organizations have traditionally provided invaluable funding, legal and technical assistance for resettlement as they form communities to support these newcomers in their new homes.

Here in the Carolinas, Lutheran Services Carolinas, an affiliated ministry of the North Carolina Synod of the Evangelical Lutheran Church in America, has been one of the leading agencies involved in welcoming and resettling refugees from all over the world. These refugees were sent to LSC by our federal government after usually years and years of hardship for these families.

Many of our own Lutheran leaders in North Carolina emigrated to our state after all the displacements from Europe during and following World War II. Hundreds of Hmong refugees were settled by LSC in N.C. during and after the Vietnam War.

Over the past two years, we have seen the number of refugee arrivals decline to historic lows precisely when the need has never been greater — an historic high of 25.9 million refugees worldwide. Prior to 2016, the U.S. had an average refugee resettlement ceiling of 95,000 refugees — hardly the world’s leader in resettlement but contending reasonably with our allies abroad. But today, some officials in Washington are seriously proposing admitting precisely zero refugees in fiscal year 2020 — effectively ending our American tradition of welcome and comfort to those in need.

Nearly 100% of the hundreds of refugees resettled here in the Carolinas by LSC — mostly by being “adopted” by congregations — are now productive, taxpaying, positively contributing members of our communities. Nearly all are self-sufficient and contribute to our economy. They come from all over the world, and we are the richer for it.

Refugees are the most vetted individuals to enter the U.S. They undergo heavy scrutiny and inspection to ensure everyone’s safety. Before they set foot in the U.S., they must pass through complex security checks with more than five U.S. agencies while living in refugee camps abroad, where many wait years, even decades, for the opportunity to be resettled on U.S. soil. Many are allies who have assisted U.S. military operations and are now under attack for their actions.

The Special Immigrant Visa program allows the U.S. to resettle Afghans who worked alongside our brave troops in Afghanistan as translators, engineers, security guards, cultural advisors, soldiers, and more. They suddenly find that the solemn promises made to them about resettlement have been broken. They, and other refugees from across the world, are unable to return to the places they call home for fear of death, persecution and violence.

Helping refugees find a new home in our country and our state has always been a strong bipartisan tradition. Because of this tradition, we have aided people from Vietnam, Cuba, the former Soviet Union, and other countries. Resettlement is a refugee’s last, and oftentimes only, option for safety. They are our future brothers and sisters who dream of the same opportunities we have received. It is time we heed one of the greatest commands of all — to love our neighbors as ourselves.

For this reason, we urge the administration to set a reasonable and sustainable refugee ceiling — and we urge people of all faiths to join us in this demand. Welcoming the stranger has always been a core Judeo-Christian spiritual value. I write to you with a scriptural, moral, humanitarian, and, I believe, patriotic plea.

Welcoming the stranger is also, at least until now, a core and defining American value. We can do better than this.

Timothy M. Smith is bishop of the North Carolina Synod of the Evangelical Lutheran Church of America.