‘I felt God telling me to do it, so I did’: Fellow church member donates kidney 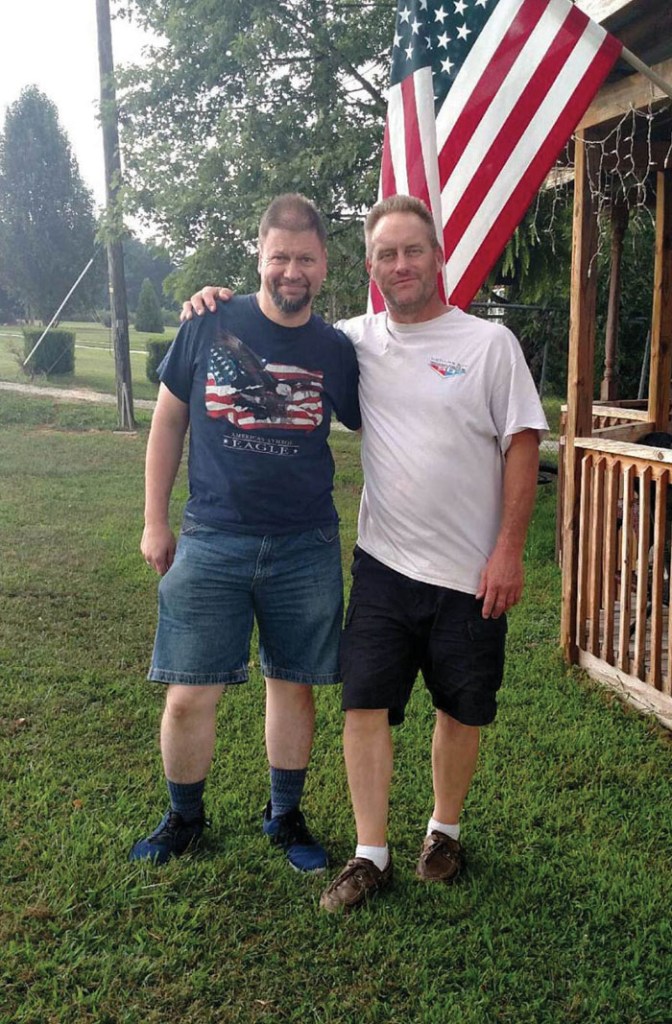 Jason Dontrell and Keith Fero are members of Franklin Baptist Church. Dontrell recently gave a to Fero, and the church is hosting an Aug. 9 from fundraiser to help both men with bills while they’re recovering.

Jason Dontrell doesn’t like a lot of attention. Which is pretty amazing, considering he just donated a kidney to a fellow member of Franklin Baptist Church.

He and Keith Fero both had surgery July 9 at N.C. Baptist Hospital in Winston-Salem, and both men are doing well. To help with their bills — they’ll each miss at least six weeks of work — the church, located at 3810 U.S. 601, is holding a fundraiser Friday at its Family Life Center.

On the menu is a half chicken, beans, slaw and dessert. Local restaurant owner Jerry Marlow is preparing the chicken and slaw. The women of the church are busy making and freezing desserts.

Plates will be available at a $10 suggested donation — more will be accepted — and orders of 10 or more can be delivered.

As of late last week, more than 425 plates had been sold.

“We would love to sell 1,000 plates,” says Michelle Hatfield, who’s organizing the effort.

Maybe that seems like a big goal for a congregation, which numbers about 200 each Sunday. Not to Pastor Joe Thomas.

“When you live in faith, you know this is how God works,” Thomas says of the two men’s experience. “It’s something you can see with your eyes.”

Fero and Dontrell continue to improve almost a month after surgery. 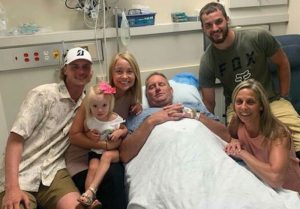 Fero has polycystic kidney disease, which has caused three other family members, including his mother and aunt, to go through the transplant process. He followed his doctor’s strict instructions to help him stay off dialysis.

Fero has no other health problems. He passed out packets for potential donors and even put signs on the backs of his family’s vehicles. He and his wife, Crystal, have three children. His adult daughter and son have the same disease, although they are stable for now.

One day the Feros were in Walmart, where Dontrell works one of two full-time jobs — the other is at Goodyear. Dontrell asked for a donor packet. 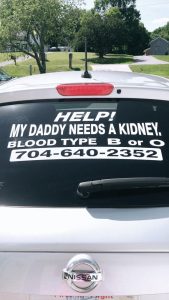 Keith Fero’s family resorted to putting signs on their vehicles in hopes of getting him a kidney.

“He blessed me with a kidney, and I’m forever indebted to him,” Fero says.

Fero says he is coping with the effects of the anti-rejection medicine but hopes to return to work soon. He is self-employed.

He says the fundraiser will be a big help to him because a lack of energy kept him from working before the transplant.

Both men appreciate all the attention they’re getting from church members.

“Quite a few people have visited from church,” says Fero, who lives with his family in Lexington. “They keep asking if we’re doing OK and if we need anything.”

“The church family has been there every step of the way,” says Dontrell, who lives in Mocksville. “All I have to do is make a phone call.”

Fero especially wanted to have the surgery to see his 2-year-old granddaughter grow up, he says.

“It’s a blessing that Jason came along at the time he did and was willing to donate.”

Dontrell hopes to return to work Sept. 3. He developed the work ethic of working 80 to 85 hours a week from his mom, a determined, single parent who often struggled.

“I didn’t want to be in that position,” he says.

His mom had a saying that was literal more than figurative: “If you can’t get where you need to go and buy a car, start walking.”

With his blessing, Dontrell helped his fellow church member get where he needs to go.

Hopefully, Fero says, another potential donor will follow Dontrell’s lead and help another patient receive a kidney some day.

To place an order for chicken plates, call Michelle Hatfield at 704-798-7485 and leave a message.