Dorland Abernathy wants to be the ‘chief cheerleader’ of Landis

LANDIS — Dorland Abernathy glanced at the list of candidates for mayor of Landis as filing continued last month and decided that he should add his name to bring his experience and leadership to the office.

Abernathy, 69, was an alderman in 2013-17. He ran for re-election when his term expired but lost, due to what he calls a libelous letter circulated throughout town that said he was in favor of building a $1 million police station and annexing property to Beatty Ford Road. That letter was untrue, he said. 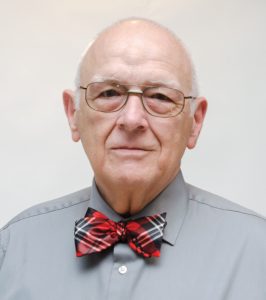 Abernathy witnessed some things during his time as alderman that he would like to change.

Abernathy said he was instrumental in bringing to light the town’s lack of a travel policy and provided information that showed a previous board had spent $17,000 during a three-day Electricities meeting in Myrtle Beach, South Carolina, in 2015.

He said he was the one who started the process of looking at the travel policy in early 2016. He admitted that he made some mistakes as well during the trip.

He said he does not approve of finding out about decisions after the fact and circumventing the board. He said there was no one to show him the ropes about being an alderman.

A retired school teacher who substitutes in Kannapolis, Abernathy calls himself a teacher at heart.

“If I’m in that mayor’s chair and new aldermen are coming in, I want them to have an adviser to guide them through the process,” Abernathy said.

He wants to encourage a unified board and be “a chief cheerleader.”

Abernathy says he would be able to fill the leadership position and not play catch-up. He says he will bring his experience as a member of the N.C. League of Municipalities and a member of the tax and finance committee. He also has undergone leadership training through the UNC School of Government.

Abernathy started a Facebook page to let people know what is going on in town.

“I want to inform the people and involve the people,” Abernathy said.

He plans to do that with the budget. He says he wants the budget to be tighter and miscellaneous items to be spelled out. Residents should be able to pick up the budget and be able to understand where their money is going, he says.

Allegations that embezzlement by two former town employees had gone on for some time are “extremely sad,” he said.

He has been impressed with the interim town manager and interim finance officer who “made the best out of an ugly situation.”

“I’ll show my appreciation for those folks whether I am mayor or not,” Abernathy said.

He says the town will come together after the embezzlement investigation.

“We can prosper,” Abernathy said. “We can grow. We can solve some things. We can restore trust.”

Abernathy sees potential with the Old Beatty Ford Road exit off Interstate 85 to extend municipal power to the area and accommodate businesses with water and sewer if they ask the town to annex them. The move would build the tax base.

The exit will bring more traffic, which Landis businesses should take advantage of. He said a restaurant and thrift store are closing while a church is expanding and will bring more people into town, particularly on Wednesdays and Sundays.

“If there’s not a business to accommodate those days, then we will lose business,” Abernathy said.

He wants to evaluate the town’s water system. He recalls five years ago that town officials were looking into the system but said there’s been no progress made.

He also wants to continue with the road paving project and prioritize roads that need to be repaved.

He said several local residents should be involved in the interview process to find a new town manager.

Abernathy is the acting Sunday school superintendent at Landis Baptist Church. He helps out at the hospice house at the Veterans Affairs hospital. As a breast cancer survivor, he is a charter member of Pink Pals.

He is married with five children, 11 grandchildren and one great-grandchild.

Alderman Bobby Brown looks to move up to Landis mayor

LANDIS — Although his term on the Board of Aldermen does not expire until 2021, Bobby G. Brown is running... read more