SPENCER — Among a crop of 12 candidates running for six seats on the Spencer Board of Aldermen, 49-year-old Spencer transplant David Karczewski says he’s different from his challengers. 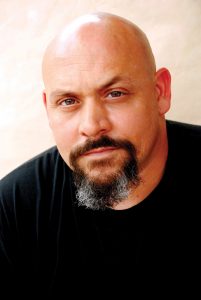 “I’m there. I’m putting in the time, listening to what’s going on,” Karczewski said, adding that he is unfamiliar with the other seven candidates because of their lack of attendance at town board meetings.

By attending the meetings, he said, he has developed a firm understanding about the frustrations faced by residents, including incomplete infrastructure projects like Fourth Street and the seemingly rushed plans for Park Plaza.

Karczewski said he is not just attending town board meetings. Since moving from Wisconsin seven years ago, he’s found his way onto the town’s Historic Preservation Commission. He was recently appointed to the Planning Board and is serving in an advisory role as the community works to establish a communal garden.

He had served on the Historic Preservation Commission as the plans for Park Plaza developed, saying the board had been encouraged to vote yes to get the project moving. The town plans to use some space in the former shopping center for municipal offices and the Police Department.

He still has questions about facets of the plan, such as the poor consideration of placement of a park stage.

Although he’s new at forays into public office, he said he knows one thing to be certain: “Spencer is in need of leadership, and I hope to bring some of that to the table.”

Karczewski said Spencer has long felt “pretty scattered, community-wise,” and that as an alderman, he would work to build partnerships with the North Carolina Transportation Museum, using the resource to recruit businesses and restaurants that would both support the museum and breathe life into the town.

“We need to grow Spencer, and that’s the first step, I think,” he said. “The Transportation Museum is a gold mine, and I don’t know if we’re using it efficiently.”

Central to the growth is the formation of relationships, an issue he said he is already working on.

“I’ve been talking to the aldermen, talking to the mayor, listening to the current interim town manager,” he said. “I’ve really worked to form relationships with these people, with the town itself, administration and citizens. Everybody else, I’m not sure about. I don’t see them.”