Alderman Bobby Brown looks to move up to Landis mayor

LANDIS — Although his term on the Board of Aldermen does not expire until 2021, Bobby G. Brown is running to lead the town as mayor.

All incumbents on the board who were up for re-election chose not to run again, leaving the mayor’s job and two alderman seats open. If Brown is elected mayor, another seat would be vacant and the new Board of Aldermen would appoint someone to fill it. If he does not win the mayoral election, he will remain an alderman. 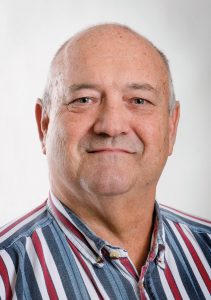 Rowan County Elections Director Brenda McCubbins said, generally, a town board would appoint the next top vote-getter in the election, but that is not the law. The appointee would have to live in the town limits and be at least 18 years old.

Brown, 65, said he chose to run for mayor because he wants to be a strong leader for the town. He was born and raised in Landis, and his father was once mayor. He says he has a deep interest in the town.

Brown has served four terms on the Board of Aldermen, including his current term and terms in the late 1980s and early 1990s.

If elected mayor, Brown plans to continue the road-repaving project in town, support an upgrade for sewer infrastructure and decrease the town’s debt. He says as mayor, he could bring these projects to the attention of the board. The mayor’s main responsibility is to lead municipal operations, he said

Brown said the sewer project is an ongoing obligation and needs to be a widespread cleanup of the sewer system. The town has received a grant for upgrades, but he says that money covers only a fraction of the cost.

He says the town should be constantly on the lookout for grants to fund needed upgrades as the town rebuilds its fund balance.

The town is likely to hire a manager during Brown’s term — whether it is as mayor or alderman. He says Landis officials now have access to monitor town spending to prevent future financial wrongdoing, referring to an investigation of possible embezzlement by the former town manager and finance officer.

“We have safeguards in place to stop it from happening again,” Brown said.

Brown defended himself and Alderman Tony Corriher on the town board’s lack of questioning finances and possible wrongdoing.

“We just didn’t know what was going on,” Brown said, adding when the problems were discovered in December, the board immediately acted on them. The State Bureau of Investigation began its probe in February.

Brown says he will make information available to the residents, especially after the SBI investigation of the former employees is complete.

He is willing to sit down with newly elected officials to bring them up to speed about town finances, saying he doesn’t believe in keeping anyone in the dark.

If he is not elected mayor, Brown says he will continue to do his job as an alderman. During the campaign, he said, he will not speak ill of any of the challengers.

Brown was a sergeant for the N.C. Department of Correction in Cabarrus County and at Piedmont Correctional Institution in Salisbury. He is now retired.

He also was a Landis firefighter for 22 years. He is a member of the Landis Lions Club, Landis Optimists and the American Legion Landis Post.