‘Shine a light on the new day’: Struzick to look forward with Salisbury council run

SALISBURY — John Struzick wants to look forward and not back as a Salisbury City Council member.

The 2018 United Way campaign chairman, Planning Board member and Innospec manufacturing financial manager is making his second run for City Council after an unsuccesful attempt in 2017. 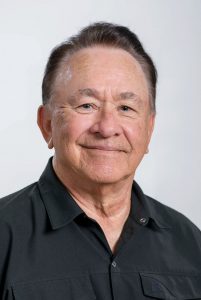 He thinks the current council is not focusing its efforts in the right direction by concentrating on the Confederate memorial “Fame.” Struzick says the council is allowing it to be much more of an issue than it is, and he doesn’t foresee a positive outcome.

“It’s really not shining a positive light of the city in the past,” said Struzick, who is 70. “Shine a light on the new day and the future.”

Struzick said he is concentrating on addressing poverty and infrastructure.

Struzick says reducing poverty comes through education and job creation. He wants to build on the relationship the city has with the Rowan Economic Development Commission and the county commissioners. Struzick says has built a relationship with the commissioners, particularly Chairman Greg Edds, through the Growing RoCo storytelling campaign.

He said Growing RoCo was designed to bring attention to good stories in the county to build an image that would attract people to relocate here.

Struzick said he would push conversation about the Empire Hotel redevelopment project ahead, saying he questions why it is taking so long. In the investment community, it’s known that it’s easy for something to fall apart if progress is slow, he said. The city should either “get in or get out,” he said.

On infrastructure, Struzick cited Newsome Road, which he says some call “Nuisance Road.” Struzick said it was supposed to be repaved with bike lanes added years ago. He describes the road as “one mile and 200 potholes.” He says Newsome Road is “indicative of a problem that we’re not paying attention to city management.”

Across the city, there are other streets he avoids because they are in disrepair, he said.

He also questioned the city’s long-term plan for water and sewer infrastructure. Struzick said if such a plan exists, he is not aware of it and it should be more accessible.

“Show me by your action, not just with your words,” Struzick said.

The latest Rowan County United Way needs assessment identified three urgent needs as mental health, drug abuse and healthy lifestyles. Struzick recognized the work done by multiple agencies in the community and said the city should form a commission to work with them to address some of these needs. He said opioid abuse is close to an epidemic and the suicide rate is alarming, and those stories don’t get enough attention.

He says creating a commission would be a good opportunity to engage the community in volunteering.

Being the United Way campaign chairman, Struzick said, was a big job and a huge honor, and he saw a lot of good in the community.

“There are just beautiful people in the county, and Salisbury is included,” Struzick said.

Struzick’s second campaign will be different, he says. He has learned more about the inner workings of the city by serving on the Planning Board. It was an eye opener for Struzick.

The board is evaluating the city’s land development ordinance to make updates, a project he is excited to be a part of.

“There are a number of local developers who say they can’t develop because of the land development ordinance,” he said.

Struzick says he’s always had a heart for service, something that was instilled in him at a young age. Serving on the City Council is the next move, especially because he has the energy, time and skills to serve all people, he said.

Struzick is the on the fundraising committee at Rowan Helping Ministries, and he is the finance council chairman, on the capital campaign committee and a lector at Sacred Heart Catholic Church. He is also a member of Pray Rowan.

With charity involvement, Struzick said, he was only able to help one sector.

“I can help more people,” he said. “The primary job is to set policy. Policy affects everyone.”

He looks at the city budget that increased the water and sewer rate but kept the property tax rate the same. That decision affected all residents — some who could not afford to take a hit — instead of only affecting property owners, he said.

Struzick says the council is doing a disservice by not acting in a timely manner. With more than 40 years in business, he knows business can’t operate by delaying action.

“We carry things to fruition,” he said.