LANDIS — Alby Stamey wants to see Landis return to the way it used to be, and he is running for mayor.

He remembers summer nights with children playing and thriving at local ball fields and residents out and about.

“I just want people to come out at night,” Stamey said. “All three fields would be buzzing.” 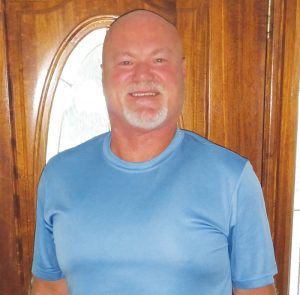 Stamey grew up in Landis and was quarterback at South Rowan High School. He now volunteers at the school to run the clock for junior varsity basketball games and filling in wherever else he is needed.

“Nobody is held accountable,” Stamey said. “That’s going to change.”

He said he would require the town manager to live in the town limits. Linn lived in China Grove, and Gibson lived in Kannapolis.

“Your actions need to affect you as well,” Stamey said.

Stamey owns an electrical business, Alby Stamey Inc. and says he would bring his business experience to the office of mayor.

“A town is run like a business,” Stamey said.

He said employees would not speak ill of him. Until someone has employees, he or she does not know what it truly takes to run a business, Stamey said.

He wants to encourage growth spurred by Interstate 85. He said the town could extend its utilities and add to tax revenue. He also wants to recruit commercial investment to add to the tax base, saying residential properties are good but commercial property is another animal.

He also wants the town to get out of the power business. Stamey noted an electrical project he is working on at the new Dollar General store in Landis. Although the building is mostly completed, electricity has not been run to it. He says Duke Energy would supply the cable without requiring payment.

Over the past 30 years, Stamey, who is 58, said he has not seen growth in Landis. He said the town has to invest a little to see positive economic return.

He assured voters that he would question every line item on the town budget. He said, previously, everything Linn presented to the board was a done deal, but with his business experience, he knows the worth of spending.

“That won’t happen on my watch,” Stamey said.

Stamey says if he’s on the board, he will work in the interests of all residents, not look out for just one person.

He says he’ll bring transparency and integrity back to Landis.

“I can promise that town will be better off,” he said.

Stamey has four children, one grandchild and a poodle named Sam Rose.