Beau Taylor hopes to stay on job as Rockwell mayor

ROCKWELL — Mayor Beau Taylor says that every time he has run for political office, he has run for the people. This year, he filed to run for re-election. 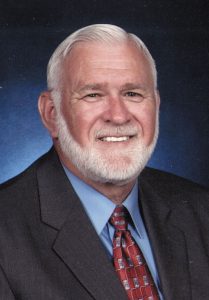 If elected, he hopes to continue to maintain clean curbs and sidewalks in the town and to keep the streets in good driving condition. Moreover, Taylor aims to oversee completion of the 104 houses in the Alexander Glen development. Similarly, he wants to be involved in the construction of a new police station.

Taylor said heh intends to be available to help all residents of Rockwell.

Taylor, who is 76, worked at Food Lion for 29 years and is now retired. He thinks his priorities attest to why he is running again.

This year, the race is competitive with Alderman Chris Stiller also running for mayor.

“My record speaks for itself,” said Taylor on why he should be re-elected.