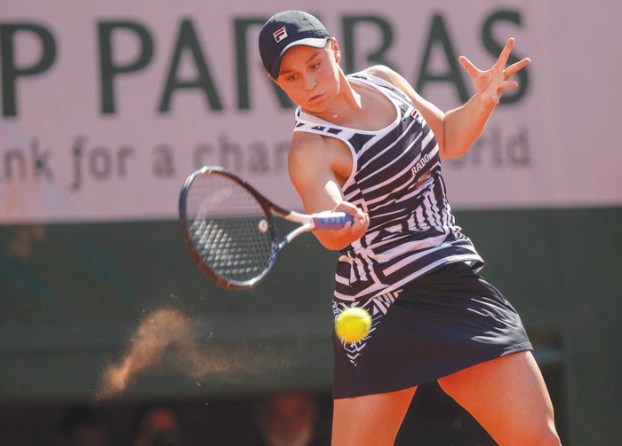 Susan Mullane/camerawork usa ...Ashleigh Barty, women’s tennis No. 1-ranked player, will take on 15-year-old phenom Cori “Coco” Gauff in Winston-Salem on Aug. 21. The exhibition match will be played during the Winston-Salem Open.

No. 1 Barty, Gauff to meet in Winston-Salem exhibition 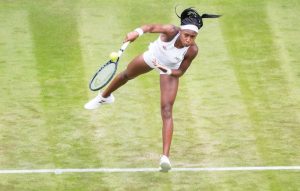 The match will take place at 7 p.m. on Stadium Court, prior to the men’s round-three singles and doubles quarterfinals, which will begin afterwards.  The exhibition match format will be two no-ad sets with a third set match tiebreaker.

This matchup could easily be a headliner at the upcoming U.S. Open, and Winston-Salem Open tournament director Bill Oakes is excited to bring it to the Piedmont Triad.  In addition to the exhibition match on Aug. 21, it is anticipated fans will be able to watch Barty and Gauff spend considerable time on the Wake Forest Tennis Complex practice courts in their preparation for the U.S. Open.

Barty, a 23-year-old Australian, is one of the most popular players on the WTA Tour. She vaulted into the No. 1 ranking after winning the title at the French Open and then, reached the fourth round at Wimbledon. She owns six career WTA singles titles, 10 more doubles crowns and has won three singles titles this year, including Miami and Birmingham.

“Having the No. 1 player in the world looking forward to coming to Winston-Saleem to play, practice and get ready for the Open is such a treat for us,” Oakes said. “Her team is familiar with Winston-Salem because of their experience with the men’s event.”

Gauff, a 15-year-old from Delray Beach, Fla., who goes by the nickname Coco, made her big splash at Wimbledon. She received a wild card into qualifying and breezed through qualifying without losing a set. Then she routed Venus Williams in the first round and won two more matches in advancing to the second week. She’s formerly the No. 1 junior in the world and won the 2018 French Open Junior Girls title. She is limited because of her age as to the number of WTA events she can play in, but those rules don’t apply to exhibitions like this one.

“Gauff appears to be the next great charismatic tennis player,” Oakes said. “For us to have her at this stage of her career, to come to Winston-Salem and get ready for the Open, we’re really excited. We’re in a good place to help her get prepared. When I talked to her agent about the opportunity, I was excited because we know that getting prepared for the year’s final major on the women’s side is very difficult. But they see what we offer is a great place to rest and prepare.”

Tickets to the WTA exhibition match begin at $35 and are now available online at WinstonSalemOpen.com/Tickets.

The 2019 Winston-Salem Open will be held Aug. 17-24 at the Wake Forest Tennis Complex adjacent to BB&T Field.

About the Winston-Salem Open

The Winston-Salem Open, an ATP World Tour 250 event with a total purse of more than $720,940, will take place from August 17-24, 2019, with qualifying set for August 17. The tournament will be the final men’s event of the US Open Series and is the week prior to the US Open.  For more information on the 2019 Winston-Salem Open, please go to WinstonSalemOpen.com.