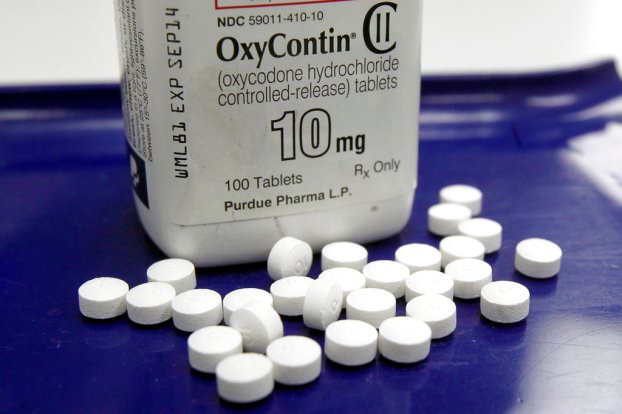 Between 2006 and 2012, there were enough prescription pain pills in Rowan County to provide every resident with 47 per year.

Said another way, there were 44.97 million prescription pain pills shipped into Rowan County during that time.

That’s according to a Washington Post analysis of a Drug Enforcement Administration database made public for the first time this month as a result of a court order stemming from a suit involving the Washington Post and the Charleston, West Virginia, Gazette-Mail.

The database includes county-level statistics about the inflow and sale of prescription pain pills, including about specific pharmacies, distributors and manufacturers.

Another critically important statistic in the DEA data was that Rowan County’s CVS pharmacies, two in Salisbury and one in Rockwell, received 35.62 million of the pain pills in Rowan from 2006 to 2012.

The data also show that Rowan isn’t an outlier. The DEA database showed similar data for our immediate neighbors.

Even accounting for differences in population, it appears a slightly smaller proportion of pills passed through Rowan than Iredell and Stanly counties. A caveat: Just because there were more pills per person in a county does not correlate directly with opioid abuse. For example, there were more opioid deaths in Rowan County from 2006 to 2012 than Iredell and Stanly counties. Our other neighbors saw a smaller proportion of pills than us.

Meanwhile, the database also shows Columbus County, in southeastern N.C., saw roughly the same number of pills as Rowan shipped in despite having a population that’s two and a half times smaller. It was the worst in the state, according to the DEA database.

The data, itself, is not proof that opioids were overprescribed. It does, however, gives one-of-a-kind perspective about the proliferation of the hydrocodone and oxycodone pills that have contributed to a still-ongoing opioid crisis.

The good news is that the number of opioid pills dispensed each quarter in Rowan has decreased from its peak in the third quarter of 2015, according to data from the N.C. Department of Health and Human Services. But too many people still die every year as a result overdoses. And the tally would be higher if not for first responders using naloxone to reverse overdoses, which occurred 10 times in 2017, according to state data.

A consortium of local organizations have worked hard to discuss and find solutions to the opioid epidemic. Still, there’s an ample amount of work remaining. And we’re hopeful that the Rowan County Health Department’s third substance abuse forum on Aug. 8 can arm locals with more information needed to continue work to reduce opioid abuse.

The proliferation of opioids and their abuse doesn’t have a single cause and there’s surely not a panacea.

Talkback, what online readers are saying about ….

Spencer, Granite Quarry lack mayoral candidates … I am certainly glad to see the enthusiasm in the numbers of applicants... read more