Poston wants to bring young blood to Granite Quarry board

GRANITE QUARRY — Andrew Poston says the Granite Quarry town board could stand “a little bit of young blood,” so he’s running for mayor.

Poston, 26, said Wednesday the town requires strong leadership to address infrastructure needs and embrace younger people. He thinks he’s charismatic enough, he added, to be the face of Granite Quarry.

“I think we could do good things,” he said. 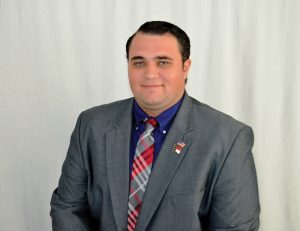 Poston will face incumbent Mayor Bill Feather in the Nov. 5 municipal election, which also has four candidates — Mike Brinkley, Jim Costantino, Jim LaFevers and Doug Shelton — vying for two seats on the Board of Aldermen.

Poston said Feather is “actually a good friend of mine,” and he does not want his candidacy for mayor to be viewed as a protest against the incumbent.

“I think Bill is a wonderful person,” Poston said.

At the same time, Poston said, he also loves his hometown, and, “I see myself as part of its future.”

Poston is no stranger to the political process. In 2016, he waged campaigns for two different offices, though both were unsuccessful.

Early in that year, he lost to Rep. Harry Warren in the Republican primary for a state House seat. Later in 2016, he was a candidate for a district seat on the Rowan-Salisbury Board of Education.

“I feel like I’m a lot older than in my first run,” Poston said, “even though that was only three years ago.”

Poston teaches social studies at Stanly Academy Learning Center, and he is currently chairman of the Rowan County Planning Board. He’s a high school, college and American Legion baseball umpire, a volunteer with Rowan Museum Inc. and a member of Organ Lutheran Church.

Poston has chosen “Join Together for Granite Quarry” as his mayoral campaign’s slogan, “because it’s really about the citizens” fighting for everyone.

“Too many politicians forget they are public servants,” Poston said. “This is a citizens-oriented campaign, and I’m running to improve the lives of citizens.”

Poston said streets in Granite Quarry haven’t been paved in a while, and he would hope to seek out grants to address that situation. He said teenagers and young adults are part of a population that’s often left out.

A resident of 207 Balfour Quarry Road and an Eagle Scout, Poston is a graduate of East Rowan High School and the University of North Carolina at Charlotte. He also earned his teaching certificate at UNC-Charlotte.