SALISBURY — Mayor Pro Tem David Post says economic development should be at the center of everything.

Concentrating efforts on Salisbury’s economic development can bring more jobs, which therefore reduces poverty, decreases the city’s crime rate and improves schools. And that’s what he’s focusing on in his bid for re-election to the City Council. 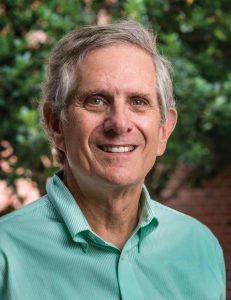 The city needs to concentrate on creating a community where people not only work but live as well.

“Salisbury is a leaky city,” Post said. “We have more tax dollars going out than coming in. The tax dollars are going to other cities and counties and not staying here. If we make this a better city, you have less leakage.”

Post said he did research and connected city officials to discuss fixing the Fibrant internet service, which is now operated by the private company Hotwire. He called himself the “mover and shaker” of Fibrant. In the next two years, he expects the city’s Fibrant debt to be significantly reduced. He estimated Fibrant has cost Salisbury $50 million and wondered what possibilities the city could have pursued if it had that money to pay for other projects.

If elected to another term on the council, Post wants to begin a micro-lending program to help entrepreneurs get off the ground through the creation of an underwriting committee.

He wants the city to work with Rowan-Salisbury Schools to help improve education.

“We need to as a city have a larger voice” in the schools, Post said.

He said schools in the city used to be the best in the county, but they have declined. Post said investing in schools is important for the longevity of the community, saying the third-grade reading level can be used to determine the number of jail cells needed. He would like to fund programs in the schools that focus on resiliency from kindergarten through third grade.

He also wants to boost the workforce.

Post says the city has done a great job decreasing the crime rate with the hiring of Police Chief Jerry Stokes and Deputy Police Chief Shon Barnes and providing salary increases for officers.

He argued that better jobs will result in less crime.

Post wants council members to understand and be able to take advantage of opportunity zones, which are areas the federal government determined could be invested in to provide capital gains for low-income communities.

Besides economic development, Post wants to streamline City Council meeting to allow outside groups to come first on the agenda and discuss altering the form of public comment, such as having a comment-focused meeting and setting it up like the “Chit, Chat & Chew” gatherings where council members visit different neighborhoods for gather feedback.

Unlike in 2017, Post says he now has a lighter workload and would be able to serve as mayor if he is the highest vote-getter and if three council members vote for him. Post says the role of mayor requires 40 to 50 hours a week and, if elected mayor, he would like to have a good working relationship with the mayor pro tem to spread out work voluntarily.

Post says he will work in the best interests of everyone and not just those who voted for him.

“I hope everyone does it because they want to make it a better place to live,” he said of serving in public office.