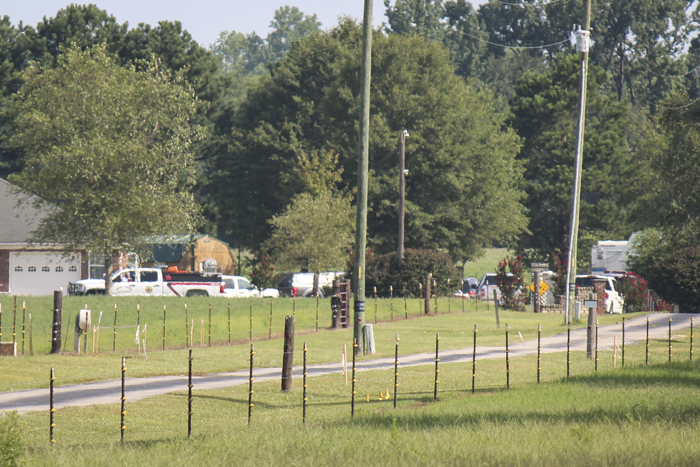 RALEIGH — Two state bomb squad agents were injured Friday, one of them critically, when bomb-making materials blew up while they were searching the home of a man stopped with homemade explosives in his car, authorities said.

Two State Bureau of Investigation agents were assisting the Sampson County Sheriff’s Office in a rural area southeast of Raleigh when the materials exploded early Friday, according to an SBI news release. Both were taken to a burn center in Chapel Hill, including one airlifted in critical condition. The other was in stable condition Friday.

“There was a heck of an explosion, and those two agents got burned,” Sheriff Jimmy Thornton told reporters Friday.

The investigation began Thursday afternoon when deputies stopped Jimmy Tyndall for speeding, according to a Sheriff’s Office news release. After an investigator’s dog detected narcotics, deputies said they also spotted an explosive device in the passenger’s seat.

The sheriff said two homemade explosives were found in Tyndall’s car, and three were later found in his house.

The SBI agents were called in to neutralize the devices in the car while the road was closed and nearby houses were evacuated.

The search then turned to the suspect’s house in Dunn, where the Sheriff’s Office said investigators found bomb-making materials.

Thornton said the explosion happened as the agents were gathering explosive materials into a pile for disposal and a spark ignited one of the chemicals.

The sheriff said he didn’t think Tyndall had any particular targets for the bombs.

“I doubt if his intentions were to blow anything up,” he said. “I think it was just one of those things he got off on.”

Thornton said deputies had stopped Tyndall and a woman in May in a vehicle that had an explosive inside, but the woman claimed the device was hers. Tyndall wasn’t charged at the time.

After his Thursday arrest, Tyndall was charged with multiple counts of possessing weapons of mass destruction, speeding, possession of methamphetamine and possession of drug paraphernalia, according to the Sheriff’s Office.

The sheriff said Tyndall could face more charges related to the SBI agents’ injuries. He said he doesn’t think anyone else was involved in making the explosive devices.