Contacted Wednesday, Feather declined to comment in general about his candidacy, but he noted his decision to run came down to the wire. He waited until five minutes before the filing deadline of noon last Friday. 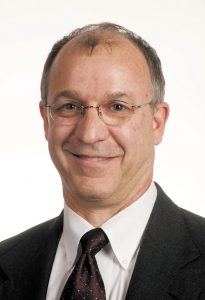 “People need to be able to make a choice,” he said.

Feather will square off against Andrew Poston, who is making his first run for the mayor’s job.

Feather, 62, is a partner in Concord Consulting Associates, a business that does cost segregation studies on commercial properties.

Feather has continuously served on the Granite Quarry town board since being elected as an alderman in 2003. In 2013, his colleagues on the Board of Aldermen chose him as mayor at a time when the electorate did not vote on that position.

After a change in the town charter provided for a separate mayoral election, Feather ran unopposed for mayor in 2015.

In 2017, Feather again ran for mayor and was unopposed on the printed ballot, but a write-in effort emerged on behalf of  Mary S. Ponds, a former mayor who did not endorse the write-in campaign.

As mayor, Feather has led a town board involved in developing an industrial park on Chamandy Drive off Heilig Road; working with a developer on a new residential subdivision — Village at Granite — off Faith Road; attracting a new State Employees’ Credit Union branch; and promoting a downtown master plan.

Feather is a past chairman and still a member of the Cabarrus-Rowan Metropolitan Planning Organization’s Transportation Advisory Committee. He also serves on the executive board of Centralina Council of Governments.

Feather graduated from Windber Area High School in Windber, Pennsylvania, and attended the University of Pittsburgh at Johnstown. He and his wife, Kathy, are members of Wittenberg Lutheran Church and have two grown children.

The municipal election will be Nov. 5.

Besides the mayor’s race, four candidates have filed for two four-year seats on the Board of Aldermen. Incumbents Jim LaFevers and Jim Costantino face challenges from Mike Brinkley and Doug Shelton.

The seats of Kim Cress and John Linker are not up for election this year.