Chris Cranford running for Rockwell Board of Aldermen

ROCKWELL — After thinking about running for office for some time, Chris Cranford is making a bid for a seat on the Rockwell Board of Aldermen.

“I want to be more involved in making our town a better place to live,” Cranford said. 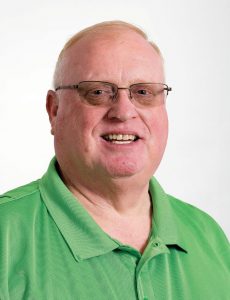 If elected, Cranford’s priorities will focus on making the town a cleaner and safer place to live. He wants people who drive through the town to be impressed by what they see and people who live there to be proud of where they live.

Cranford, 64, retired in 2014 from Home Savings Bank of Albemarle and South Street Financial Corp., where her was chief financial officer and treasurer. He had worked there since 1987 after working at Sherril & Smith CPAs. Cranford now works part time at Powles Staton Funeral Home in Rockwell.

Cranford attended East Rowan High School before getting a degree in accounting and business administration from Pfeiffer College in 1977.

Although he has not previously held elective office, he has been involved with the Rockwell Civitan Club and as a coach for Little League baseball and YMCA basketball.

After he retired, he was busy taking care of his ailing mother, but now he has more time to devote to the community.

Cranford and his wife, Kathy, have a daughter, Amanda Trexler, a son, David Cranford, and three grandchildren.

Although he wishes that more young people would be involved, he hopes he can work to make the town a better place for all people, including younger ones.

“I want us to be a cleaner and safer community,” Cranford said.