SPENCER — Campaigning with hopes of bringing cohesiveness, enthusiasm, pride and camaraderie back to the Spencer community, Sam Morgan is running for a return to the town Board of Aldermen. 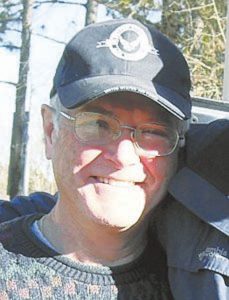 Morgan, a 68-year-old native of Rowan County, brings a firsthand perspective on the ebb and flow of the livelihood of local municipalities. He was born in Salisbury and moved shortly thereafter to East Spencer.

He recalls his early years with fondness.

“It was like Mayberry. You couldn’t have asked for a nicer community to grow up in as a child,” Morgan said.

But then came the closure of Spencer Shops, with its devastation across the Spencer and East Spencer communities.

“When the shops closed down in ’57, the whole area went into a state of suspended animation,” said Morgan. “The skilled laborers left, and the only people who stayed behind had jobs elsewhere or were older adults.”

The mass exodus left many critical facets of the town’s upkeep unaddressed or handled by unqualified leaders, he said.

“In East Spencer, the town fell into such disrepair that nobody cared. Nobody stepped up to the plate and did the job necessary to keep the town functioning,” he said.

Morgan said this is precisely what he will work to avoid in Spencer, a place where he has lived and worked for decades. A legal aide and freelance graphic designer, he served as a firefighter for the town for 30 years. He also served as an alderman from 2005 to 2007.

The first steps in adjusting the town’s mindset include addressing immediate infrastructure needs, such as work along Fourth Street, he said, citing the effects of ongoing construction on the entrance and exits to Central United Methodist Church and functions at Library Park.

Addressing another ongoing effort, Morgan said the Park Plaza project — an effort to relocate town offices and the Police Department into vacant space — is “just like the Salisbury Mall.” The town — similar to what Rowan County faces with the purchase of the former mall – is likely to have problems with maintenance and roof repairs as it moves into the space, Morgan said.

During his time as Spencer’s fire chief, he said, he advocated for construction of a new fire station — something the department truly needed.

“I wish that type of entrepreneurship would have been in place here to try to build the type of facility that they really need,” he said.

Of the recent controversy about former Town Manager Terence Arrington, Morgan said the situation could have been avoided by a more thorough vetting in the hiring process.

The manager resigned in May after tensions between he and the board reached a boiling point and after he had previously offered his resignation because of a poor performance review.

A leaked recording between he and a member of the Board of Aldermen also drew the attention of the Salisbury-Rowan NAACP, which called for an investigation into town hiring practices and employee treatment.

“This guy was just hired right out of the blue with very little knowledge to his background,” said Morgan, referring to Arrington’s short tenures in municipal management positions. “He rubbed people the wrong way … and the NAACP’s first reaction is to throw the race card.”

Race, he said, should have nothing to do with running a small town.

“I wish people were colorblind … because then we wouldn’t have to worry about what color a person’s skin is,” Morgan said. “Someone could be green or from Pluto for all I care. What matters is are they motivated and can they do the job.”