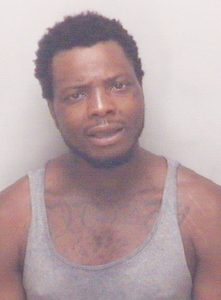 SALISBURY — An East Spencer man remains in the Rowan County jail after authorities received a call about possible drug activity at the Speedway convenience store on East Innes Street.

Police officers seized heroin, cocaine and marijuana from the man.

Police received information that Cowan was selling drugs at the gas station, located at 500 E. Innes St. When an officer approached Cowan, he ran away. The officer pursued Cowan, who tried to get into a house in the 200 block of South Clay Street.

A police report said he ran up to the house and tried to open the door but found it locked. He continued running but was soon apprehended. Along the way, according to the police report, Cowan tossed away a bag containing crack cocaine, powder cocaine, heroin and marijuana.

Cowan was charged last month with cocaine possession, and that court case is pending.

He remains in the Rowan County Detention Center under a $20,000 secured bond.