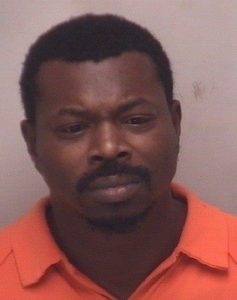 SALISBURY — A China Grove man who was charged after a July 4 multicounty vehicle chase faces additional charges of stealing a vehicle in Asheboro.

According to Salisbury detectives, Sampson got into a vehicle parked at the Speedway store at 500 E. Innes St. with the keys in the ignition. The vehicle’s owner said her son had borrowed her car. Sampson was seen on surveillance video appearing to go toward the store. He instead walked by the driver’s door of the vehicle and sees the keys still inside, then jumps inside and drives off, according to a police report.

Hospital staff members had pulled a vehicle in front of the hospital for a woman who had outpatient surgery. According to a report, Sampson drove up in the Salisbury vehicle with the hazard lights on, then got out and into the vehicle parked at the hospital.

A China Grove officer spotted the Asheboro vehicle and tried to stop Sampson. A chase ensued on U.S. 29 just north of China Grove. The chase continued into the Speedway in Kannapolis and then into Cabarrus County, where Sampson crashed into another vehicle at a stoplight. He got out of the vehicle and tried to open the door of a nearby car, then took off running.

Sampson remains in the Rowan County Detention Center under a $55,000 secured bond.