SALISBURY — This campaign is different for Tamara Sheffield than the ones she ran in 2015 and 2017: She now has a track record.

Through a collective effort, Sheffield said, she has accomplished her previous campaign promises that included enhancing the quality of life, empowering community partnerships and energizing economic opportunities. But those three items continue to be her goals going forward, especially economic opportunities. 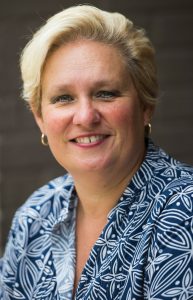 “When I ran, I said I want to enhance the quality of life, I want to empower community partnerships,” Sheffield said. “I feel like I had a part in doing those first two things, for sure. Energizing economic opportunity, that’s still a challenge.”

With economic development, Sheffield knows it’s a long game. There are big projects in the future such as the Empire Hotel restoration, and they will take time. While energizing bigger projects, Sheffield is looking to improve the grant process, talk to legislators about funding opportunities and work with Rowan Economic Development Commission.

She praised the work of City Manager Lane Bailey and the council for developing a capital improvement plan that gives the city a look ahead at projects and their potential cost.

The first two campaign platform items of quality of life and community partnerships should always be priorities despite the strides the city has made, Sheffield said.

Sheffield said she has a hard time taking credit for the success the city has had, knowing it’s been a group effort by all council members, city staff and community groups.

She sees safety as an accomplishment in the increased staffing of the Salisbury Police Department and higher officers’ salaries, as well as strengthening the fire department.

Sheffield said investing in safety is where the city starts, because it makes the public feel better and taxpayers know what the money is being spent for.

She sees the formation of the Remedial Action Program, which links landlords with police, as a great cross-functioning program. She also sees the Fair Housing Committee as an accomplishment. The council has began to re-evaluate its land development ordinance so the city is friendlier to developers.

Sheffield said she is proud of the council and the city staff for starting town-hall meetings that allow residents to express their concerns with no time limit.

“I want to have these town halls,” she said. “I want to be brave enough to sit in front of you and hear what you have to say. Let’s have an actual dialogue.”

“I’m not a fan of kicking something down the road at all,” she said. “We have the ability to make the decisions, so let’s make them.”

She calls herself an ambassador for Salisbury and says even before having a seat on the council that she advocated for the city. Before being elected to the council, Sheffield was a member of the Human Relations Council and Community Appearance Commission. She has served as Salisbury Pride president and has been involved in Lee Street and Piedmont Players theater productions. She is an account manager at Frito-Lay.

Sheffield said her decisions are based on what city residents want and she understands that her role is to represent them.

“There are things that I have voted for that, let’s say in my head, I might not have liked the idea. But community members told me that’s what they wanted; the city manager said, ‘This is the right direction’; So I had to put me aside and do that,” Sheffield said.