JON C. LAKEY/SALISBURY POST The Rowan County Economic Development Commission announced Monday that Henkel Corporation, a manufacturer of adhesive technologies, laundry & home care and beauty care products located on Cedar Springs Road, will expand its operations in Salisbury. The company will invest up to $45 million dollars in new equipment and a series of improvements at its Salisbury facility, including a new state-of-the-art production area for UV Acrylic Adhesives used in tapes and labels within the packaging and consumer goods industry. Salisbury, NC 7/22/19

SALISBURY — Henkel Corp., a manufacturer of adhesives and laundry, home care and beauty products, plans to invest $45 million in upgrades and create as many as 35 jobs at its plant on Cedar Springs Road.

The investment will be in a state-of-the-art production area for ultraviolet acrylic adhesives used in tapes and labels in the packaging and consumer goods industry, a news release said. The production line will be the company’s first for UV acrylic adhesives in North America.

Henkel is a multinational company that is headquartered in Germany.

Gary Hamblin, Henkel’s director of operations, said the expansion is the result of work among the Rowan Economic Development Commission, city of Salisbury and Rowan County to generate opportunities that benefit the local economy and community.

“We’re pleased to expand our Salisbury facility and to continue manufacturing innovative products with a talented workforce here in North Carolina,” Hamblin said.

According to the Economic Development Commission, the company will have 254 full-time employees by 2023 if its expansion is fully completed. That would put the company among Rowan County’s top 10 private-sector employers.

“Our unanimous decisions to provide incentive grants toward this project demonstrates council’s strong support of Henkel’s future growth in our community,” Salisbury Mayor Al Heggins said in a news release. “The benefits that this type of economic development brings to Salisbury are significant — jobs, an increased tax base and industry. We’re honored that Henkel has chosen to expand in our fair city.”

Commissioners Chairman Greg Edds said Rowan County industries “continue to show that location, an available workforce and a positive business climate are critical to companies when considering where to locate or expand.”

“We are excited about Henkel’s success and are honored and extremely grateful that they have chosen Rowan County to be the site of their newest expansion plans. We wish them continued success,” Edds said in a news release. 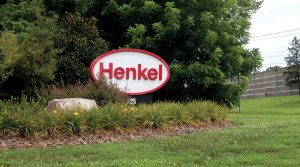 The tax incentives provided to Henkel are performance-based and require the company to meet employment goals. The company’s incentives agreement improved by Rowan County, for example, says it must create 35 jobs by fiscal 2023.

“We are pleased that Henkel has chosen Salisbury for their expansion,” said Rowan EDC President Rod Crider. “It demonstrates the city’s competitiveness for new investment and is a testament to their commitment to economic growth. We are thankful to Henkel and look forward to their continued growth in our community.”

The North Carolina Community College System will partner with Henkel to provide customized training for the new employees, a news release said.