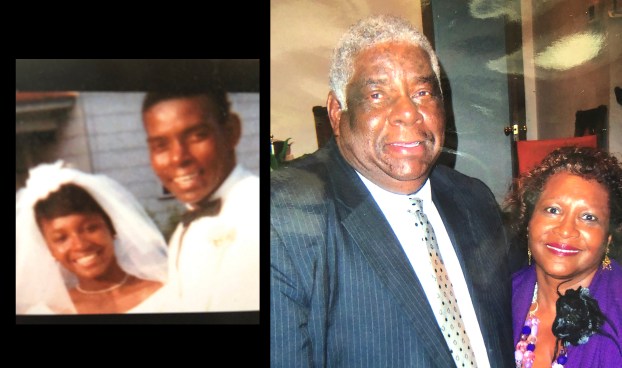 Benjamin, Sr. and Suzette Harrington Davis of Salisbury recently celebrated their 50th wedding anniversary. The couple were married on Sept. 1, 1968 by the Reverend Dr. John Parks of Saint John Missionary Baptist Church in New Bern. They will continue their anniversary celebration with a family trip to the North Carolina mountains in the fall.

Mr. Davis, a United States Army veteran, retired from Pillowtex in 2003 after 28 years, where he served as Human Resources Manager. Afterwards, he also worked for more than five years in the Eye Clinic at the VA Medical Center in Salisbury.
Additionally, the Davises recently received statewide awards presented by the Office of Governor Roy Cooper in recognition of service and dedication to the people of North Carolina.

Suzette was recently inducted into The Order of the Long Leaf Pine, and Mr. Davis received The Old North State Award during a recognition program held in June at their home church, Shady Grove Baptist Church, East Spencer, where the Pastor is the Reverend James Ledbetter III.

The couple, who are proud alumni of Livingstone College, are the parents of four married children, Ophelia (Earl), Benjamin Jr. (Tonya), Jason (Coreen) and Justin (LaKeisha), and nieces, Sara Lowery and Bettina Hooper (Kenny); along with eight grandchildren, and a special 17-year-old tabby cat, Buttons.