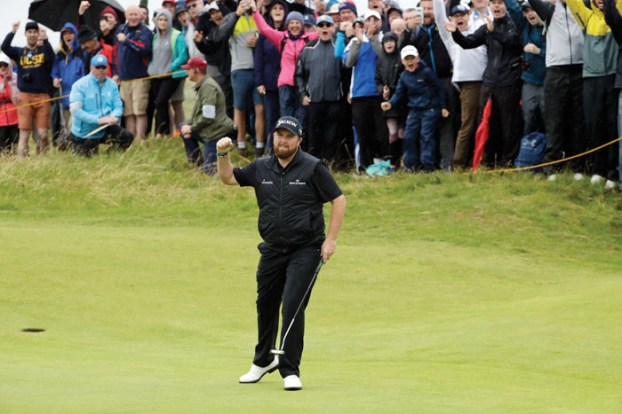 Ireland's Shane Lowry celebrates after making a birdie at the 10th hole during the second round of the British Open Golf Championships at Royal Portrush in Northern Ireland, Friday, July 19, 2019.(AP Photo/Matt Dunham)

The Open Championship heads to the weekend 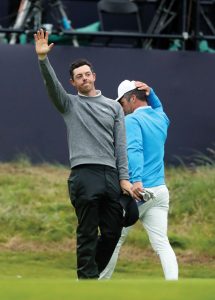 Column: Another missed cut for Tiger, who’s not 23 anymore