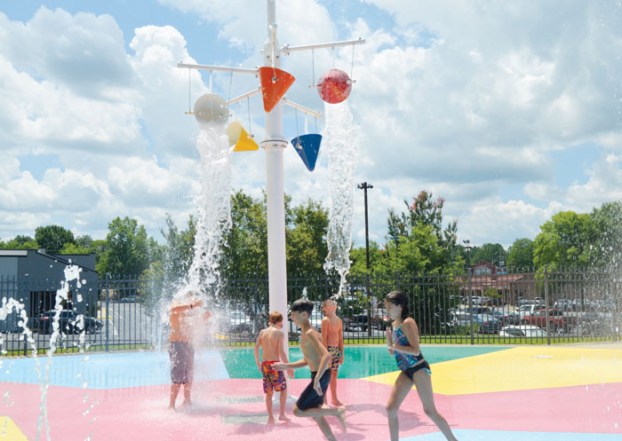 Summer heat won’t end soon; here’s how to protect yourself

SALISBURY — This week brought heat and humidity with temperatures in the low to mid-90s and, according to a National Weather Service meteorologist, it’s not over.

Temperatures will continue to be in the 90s through the weekend and drop into the mid-80s by the middle of next week, said meteorologist Chris Horne.

“We will see less hot conditions on Sunday, and there will be maybe one more day of low 90s,” Horne said.

He said Sunday’s heat may not feel much different than the past few days.

Horne said temperatures will cool down Monday, with highs near the 90s. Tuesday through Wednesday highs are expected to be in the mid-80s with the heat index in the 100s.

The heat index is what the temperature feels like. The air temperature is not measured in the full sun, Horne said. It’s basically shade temperature, he said.

Horne said the region is in a heat wave, but it’s typical to have periods like this every summer.

He advised people going outdoors to limit activity during the hottest part of the day, check on the elderly and pets, and wear light and loose clothing.

There have been incidents locally in which parents have accidentally left their children in hot vehicles, and in some cases children have died. In 2016, a 2-year-old girl died after being left in a hot vehicle on the W.G. “Bill” Hefner VA Medical Center campus.

Pet owners, he said, may forget about how heat affects their pets. One way to determine if it’s too hot for pets to walk on asphalt, Beam said, is to put the back of your hand on the ground and leave it for five seconds.

Police officers who respond to incidents in the heat, particularly to provide traffic control for a crash or other situation, are given frequent breaks and urged to stay hydrated.

Emergency responders such as firefighters have to work in the heat and sometimes require a few minutes in the “rehab” area to rehydrate.

Bream said dehydration can lead to fatigue, and those left in extreme heat conditions may experience nausea. They may complain of being really hot and sometimes pass out. He said heat-related illness could, in the worst cases, lead to seizures, coma and even death.

Normal body temperature is 98.6 degrees. “If your body gets hotter than that, that’s what predisposes you to heat-related effects,” Bream said.

Water is the preferred choice for hydration, but juices like Gatorade and Powerade are also good sources. Bream said, however, that those drinks do contain a fair amount of sugar.

He also urged staying away from caffeinated beverages because of the diuretic effects, which can ultimately lead to dehydration.

“Water is the best thing to keep you hydrated,” Bream said.

A good indicator of being well-hydrated is urine color. Someone who is properly hydrated has clear to light yellow urine. Anything darker, including orange and brown, is a sign of dehydration.

Bream said the danger of leaving children and pets in a hot vehicle is that they are more predisposed to heat-related illnesses than adults.

The temperature will get hot much more quickly in a car because there’s no air movement, Bream said.

If you’re outside, do things early in the morning and late in the evening, Bream suggested.

“Listen to your body and use common sense. If you feel nauseous, get somewhere immediately,” he said.

He also recommended moving to a shady spot or going indoors where there is air conditioning. He suggested placing a wet towel around the neck and near the carotid artery because it will cool the body quickly.

Another element of prevention is wearing sunscreen, Bream said.

How often sunscreen should be applied depends on how quickly a person typically burns.

If unprotected skin takes 10 minutes to show signs of burning, then applying SPF 30 sunscreen would slow the rate of burning to the point that it takes 30 times longer, or 300 minutes, before burning. In that same scenario, SPF 15 would take 150 minutes. SPF 50 would take 500 minutes