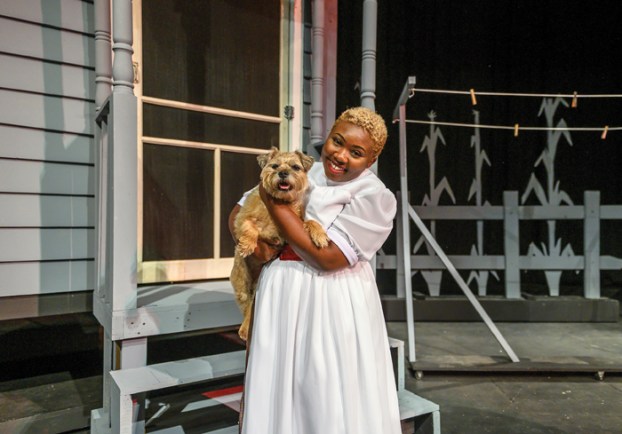 Keston Steele stars as Dorothy and Toto is played by Rocket in the Piedmont Players Theatre's upcoming musical "The Wiz". BERNADINE HERNANDEZ/SALISBURY POST

Save the date: Coming up next from PPT: ‘The Wiz’

It starts in Kansas just like the movie. Dorothy (Keston Steele) is talking to Auntie Em (Tameke Brown) who is hanging up clothes on the line, when a storm gathers.
Uncle Henry (Domic Weaver) and Auntie Em make it to the storm cellar, but Dorothy is shut out in the elements. A tornado tears through the farm and Dorothy and her house are transported to Oz.
But not the Oz from the movie. This Oz is soulful, and funky, and definitely African-American and ruled by the Wiz (Marc Anderson).

Opening on Broadway in 1975, The Wiz won the Tony Award for Best musical and has been a part of Broadway lore ever since. A recent production of The Wiz Live on TV, featured Queen Latifah as The Wiz. 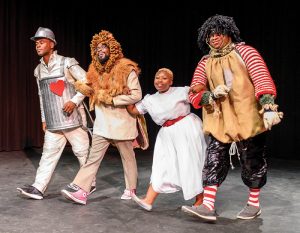 Dorothy is sent down the Yellow Brick Road by the Good Witch of the North, Addaperle ( Shar Martin). She meets the Scarecrow (Keilen McNeil), the Tinman ( Marvin King) , and the Lion (John Harris) who help her battle the Wicked Witch of the West (Alexis Greer). The way home is revealed by the glamourous witch Glinda (Iris DeWitt).

Get ready to Ease On Down The Road with Piedmont Players’ production of The Wiz!