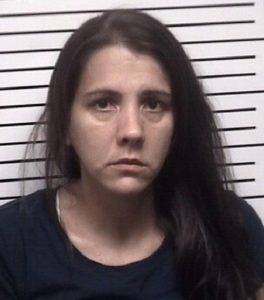 STATESVILLE — A 34-year-old mother faces felony murder charges in the death of her infant son after a two-month investigation by the Iredell County Sheriff’s Office.

Erika Renee Altamirano, of the 700 block of Holland Drive, Statesville, was charged Tuesday with felony second-degree murder and felony child abuse. She was issued a $500,000 secured bond.

Sheriff Darren Campbell said that at 9 p.m. June 27, deputies responded to Davis Regional Medical Center after a 4-month-old infant was taken to the hospital in an unresponsive state.

The deputies were told the baby was in critical condition. Detectives with the agency’s Criminal Investigations Division were notified and begin an investigation.

The hospital performed a CAT scan that revealed the child had a serious head injury. The child was transferred by air to Brenner Children’s Hospital at Wake Forest Baptist Medical Center in Winston-Salem.

Iredell County Sheriff’s Office detectives spoke with multiple witnesses and family members. Detectives learned the child’s father had arrived home from work to find the child breathing but unresponsive. The child’s mother, Erika Altamirano, was asleep in a bed with the child. The father called for help and took the child to the nearest hospital.

Detectives interviewed additional family members and Altanirano at the Winston-Salem hospital. Authorities said no one could say how the child had been injured.

Detectives applied for a search warrant at the home. They collected evidence that included an empty liquor bottle found in a trash can.

Detectives determined that the child had been with the mother during the day. Altamirano admitted consuming alcohol and said she could not remember what happened to the child. Detectives said Altamirano went to an ABC liquor store to purchase alcohol.

Physicians at Brenner Children’s Hospital diagnosed the child with a significant skull fracture in the rear of his head as well as other injuries. The physicians said the injuries were consistent with nonaccidental trauma.

The child died as a result of his injuries about 5 p.m. July 4. An autopsy was performed July 5 and the cause of death was determined to be blunt force trauma.

Altamirano was arrested July 16 upon her release from a medical facility. She was placed in the Iredell County Detention Center and was scheduled for a first appearance in court Wednesday.