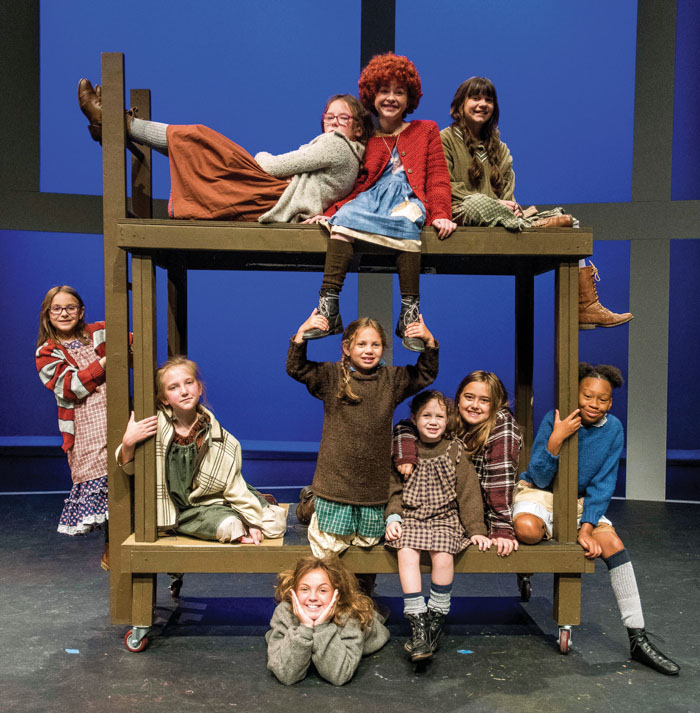 Piedmont Players’ performance of the American musical classic “Annie” is one that’s sure to bring out the laughter, awws and applause from any audience lucky enough to enjoy this incredible production.

For those unfamiliar with the tale, it follows the life of an 11-year-old girl left at an orphanage with nothing but a note assuring her parents’ return and half of a silver locket. 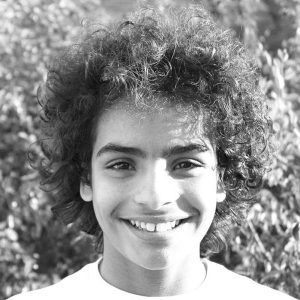 Annie, played by the rambunctious and charismatic Cara Hayes, and her many orphan friends are under the strict and bitter rule of the dreaded Miss Hannigan. Emma Shelton gives that role a certain spunk that the audience can’t help but enjoy. From sorrow to a song, Shelton hits every nail on its head, creating a character that’s anything but forgettable.

Despite all the cleaning and chores Miss Hannigan puts the orpahns through, they still manage to keep their spirits up and their heads even higher. Callie Cape, Lucy Black, Maryella Rosko, Kimora Cooper, Avia Long, Lylla Deal, Aviva Sidranski, Talia Sidranski and Anastasia Aldridge were all wonderful in their roles as orphans, each able to show that it really is a “hard-knock life.”

Annie is chosen by Grace (Lilly Huebner,) the assistant to New York’s most prominent billionaire, Mr. Warbucks (played by the lovable and hilarious Carson Shoaf,) to visit with him for Christmas. Huebner and Shoaf make a fantastic and dynamic duo. Huebner brings such, well, grace to the role, and Shoaf’s delivery of every witty quip is sure to get a giggle out of you.

Annie gets to experience life in the city for the first time in her life, and every ounce of excitement in her heart jumps right out at you. Along the way, Mr. Warbucks gives it his all to find Annie’s parents, enlisting the help of radio host Bert Healy, played by the charming Micah Cross, and even the president himself.

Micheal Meres’ portrayal of Franklin Roosevelt was spectacular and stayed true to the legendary personality of the former president. With the help of Annie, Meres was able to spread infectious optimism to those close to him, America at large, and the audience.

Mr. Warbucks put up a reward for anyone who could prove they were indeed the parents of the orphan Annie. Seeing this as a prize ready for the taking, Rooster Hannigan, brother of the dreaded Miss Hannigan, and his girlfriend, Lilly, devise a plan.

Markus Byrd takes the rambunctious role of Rooster to another level, jumping on tables and crowing loud enough to wake up the world. His performance is memorable, to say the least, especially with the help of Maggie Cross, who plays Lilly.

Though the actors playing major roles were wonderful on stage and brought ample depth to their roles, the magic that’s felt in the theater wouldn’t be anywhere close to where it is without the strength of the ensemble. The ability of every cast member to blend into a scene yet have their performances stand tall individually was truly a sight to see.

We can’t forget about all the people who helped out behind the curtains. Thank you to Drew Bitzer, Kevin Liechman, Thomas Gushlaw, Colleen Welday, Cooper Murray and Sebastion Butchart.

Though this was a youth performance, we can’t forget about the adults who made it possible. Thank you to Heather Wilson-Bowlby and Reid Leonard for all the time and work they put into this show. From beginning to end, “Annie” was a breathtaking production that earned its stars and stands among PPT’s greatest musicals.

Come see “Annie” at the Norvell Theatre Thursday through Saturday. Tickets are available online, by phone at 704-633-5471, or in person.