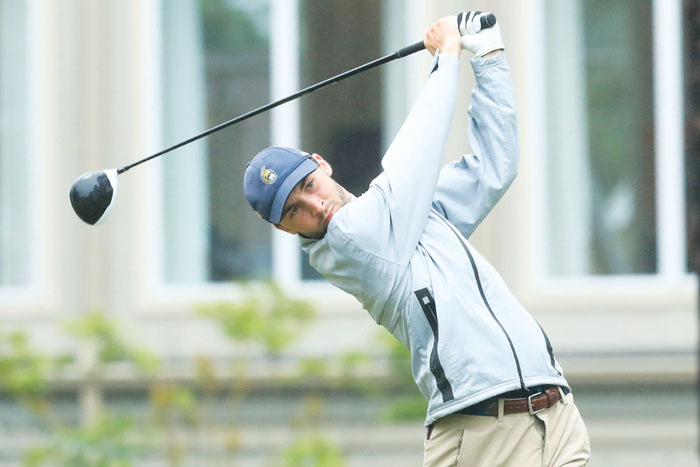 Lyerly shot 69-71 — 140 to tie for fourth and won on the first playoff hole to get the final berth in the tournament.

Austin Hitt  (Longwood, Fla.) earned medalist honors with a two-day total of 7-under 137.

Alternate positions went to the players who lost in  the playoff with Lyerly.

The qualifiers  advance to the  U.S. Amateur Championship at  Pinehurst Country Club on Aug. 12-18.

Lyerly was the 2018 Southern Conference champion and  won the 2019 Martin Downs Collegiate.

He qualified to play in the U.S. Amateur last summer at Pebble Beach.

Lyerly is also competing in the Horace Billings Rowan Amateur at Corbin Hills this weekend.

He’s the defending champion in that event.

The West boys beat the East 1-0 in the East-West All-Star Game played in Greensboro late Tuesday.

Jair Alvarez scored the only goal on a rebound from 10 yards out. Statesville’s Joshua Fuhrman made three saves.

Davidson County finished a semifinal sweep of  Mocksville on Wednesday with a 3-2 comeback victory.

Mocksville led 2-0 going to the bottom of the sixth, but Davidson scored three unearned runs at Holt-Moffitt Field.

The other Area III semifinal hasn’t been settled yet, as High Point beat Randolph County 3-2 at McCrary Park on Wednesday to stay alive.

The format is pool play.

South Rowan is in the Stars pool and will play at 7 p.m. on Friday against  R-S Central at Wesley Christian Academy’s Alumni Field.

On Saturday, South will play Ahoskie at 7 p.m. at Finch Field.

On Sunday, South will play West Carteret at 4 p.m. at Wesleyan Christian Academy.

Rowan will play the Virginia champs at 2 p.m.

Other games in the first round are Tennessee vs. South Carolina and Florida vs. Georgia.

Rowan Little League’s 16U all-stars are representing North Carolina and are hosting the  seven-team Southeast Regional that starts on Friday and continues through Sunday at Salisbury Community Park.

West Virginia will play the Tennessee-South Carolina winner at 5 p.m.

If Rowan wins its first game it will play again at 7:30 p.m. on Friday against the Florida-Virginia winner.

Yelich homers, Brewers hang on for win over Braves