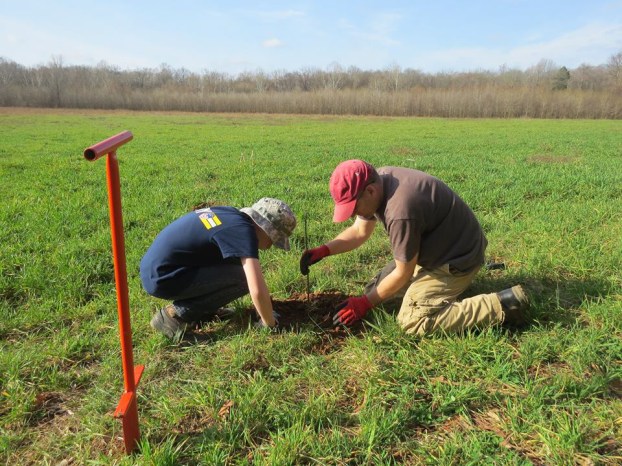 SALISBURY — Three Rivers Land Trust has been named Land Conservationist of the Year in North Carolina, an honor that came as a surprise to Executive Director Travis Morehead, who credited community’s support.

The North Carolina Wildlife Federation on Monday announced the winners of the 56th annual Governor’s Conservation Achievement Awards. It noted that Salisbury-based Three Rivers has preserved properties across 15 counties and also connected people to the land.

“As a reputable and dynamic land conservation organization, Three Rivers Land Trust has conserved thousands of acres of land for the benefit of wildlife, habitat protection, water quality, cultural significance and the public,” the federation’s news release stated.

Tim Gestwicki, CEO of the North Carolina Wildlife Federation, noted that Three Rivers Land Trust doesn’t lock up the land. Instead, it gives youths the opportunity to get off their cellphones and into the woods.

Morehead said Three Rivers focuses on all demographics, including hikers, campers, farmers and hunters, which sets the organization apart.

Morehead said the award will likely bring more attention to Three Rivers, and he hopes it will bring more donors and volunteers, too. He said membership in the land trust comes in different forms, whether it is being the eyes and ears of land conservation through involvement in a local chapter, tagging along on a stewardship project such as planting trees or doing clerical work in the office.

“This awards program brings together a remarkably diverse group of conservationists to highlight the good news about wildlife conservation in North Carolina,” Nickens said in a statement. “Our primary focus is to applaud and honor these people who work so hard for wildlife and the air, water and land that they and all of us depend on.”

Morehead said the award means something to each member of the staff and board, and they are committed to continuing the legacy that the award represents.

“We’ll try to live up to the name and do our very best,” Morehead said.

Three Rivers Land Trust and other award recipients will be honored at a banquet Sept. 7 in Cary. Other winners include agency professionals, elected officials, volunteers and organizations.