SALISBURY — Patricia Jones “P.J.” Ricks ran for Salisbury City Council in 2017. This year, she will give it another shot.

Ricks finished as the sixth-highest vote getter in 2017. Because the council is made up of five members, she finished one spot shy of winning a seat.

For Ricks, this year is different. In her first bid, Ricks said, she was an unknown candidate. Since then, Ricks said, she has worked to get a better understanding of the city and become more accessible to all residents — emphasizing all. 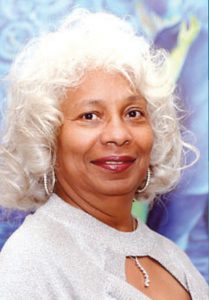 She serves on the Salisbury Planning Board, teaches at Rowan Helping Ministries, attends and sings at Crown in Glory Lutheran Church, and helps with Senior Morning Out at Trinity Oaks.

She recently graduated from Leadership Rowan and was the co-founder of Conversations in Faith, which brought together members of her historically African-American church with the First Presbyterian Sunday school class to discuss issues ranging from immigration to the Confederate statue.

Ricks was born on Horah Street, grew up in the city and attended Livingstone College

Ricks said she is focused on safety, economic development and education in her bid for council.

Ricks, a retired educator and counselor, says education is always a top priority for her. But she wants to help reduce the crime rate by improving the relationship between police officers and the public. She would also like to increase the tax base by encouraging larger businesses to locate in Salisbury while providing incentives for small businesses.

Ricks said she wants to be a council member who faces issues calmly. Ricks said she is not referring to one issue specifically, but there needs to be respect in hearing others’ points of view, especially if it is different.

Ricks, 74, said she wants to build the relationship the City Council has with the community. She said it’s OK for residents to disagree with the council, but residents should not attack individual council members.

That’s not a good role model for youth, she said.

“More than anything, I listen,” Ricks said. “I listen to what’s going on.”

When some people share a story, she said, they say it as fact, but Ricks says she wants to go to the source and ask the person involved. Ricks said she will then use that knowledge to connect the two sides to find a solution.

There have been talks about separating the council and mayoral elections. Traditionally, the top vote-getter in the City Council race becomes the mayor. Ricks declined to says if she is open to being mayor, but she said she favors a separate mayoral race.

Ricks says serving on the council is a commitment that all members have, and the time it demands may be challenging for some.