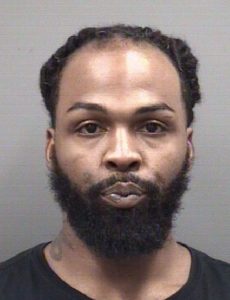 SALISBURY — Rowan County authorities charged a local man with drug possession after he was accused of taking money from a video game machine at a gaming arcade.

Michael Allen Pemberton, 34, of the 100 block of Rowan Mill Road, was charged Monday with misdemeanor larceny; breaking into a coin-operated machine; and felony possession with intent to manufacture, sell or deliver a controlled substance.

The incident was reported as an armed robbery to the Rowan County Sheriff’s Office, but deputies said Pemberton did not display a gun at the business.

Pemberton had been playing games at the business, located at 6365 S. Main St., at 4:15 a.m. Monday. He reached into a machine and took money out of it, according to the arrest report. Once he finished playing the game, he broke into three other machines and took money from them. After breaking into a third machine, he tried to leave. The business operator tried to stop him but was unsuccessful.

Pemberton left in a white Pontiac G6 traveling on U.S. 29 toward Salisbury. While responding to the call, a Salisbury Police Department officer found a vehicle matching the description of the Pontiac in the 100 block of Rowan Mill Road.

The business operator provided deputies with a picture of the suspect and of the temporary license plate on his vehicle. The suspect was identified as Pemberton.

A search of Pemberton’s residents turned up a handgun and marijuana packaged for sale. Pemberton has a large sum of money on him when he was taken into custody, a report said.

Pemberton was issued a $10,000 secured bond and placed in the Rowan County Detention Center. He is expected to appear in court Wednesday.

SALISBURY — A Salisbury man was charged with drug possession at the county jail after he was arrested and drugs... read more