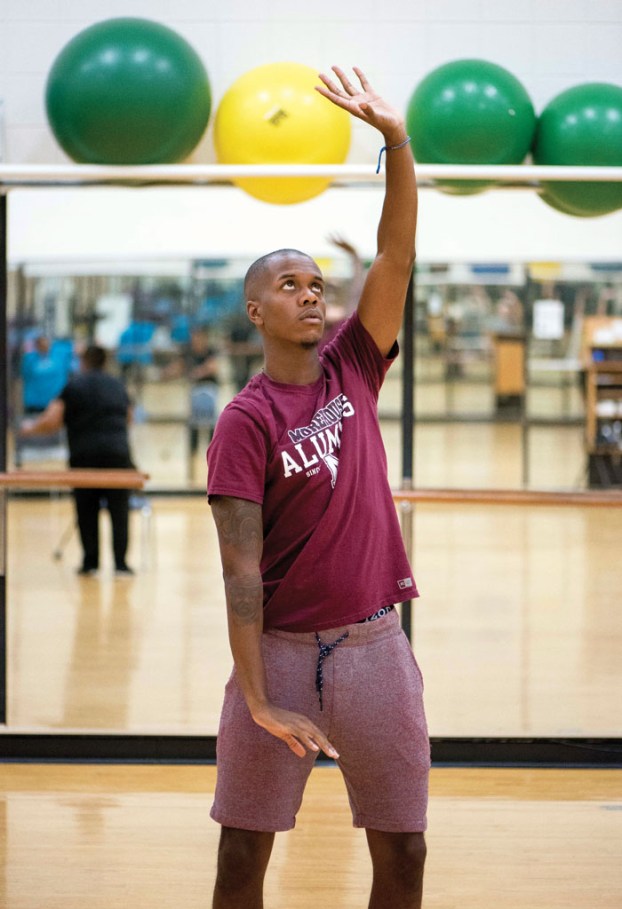 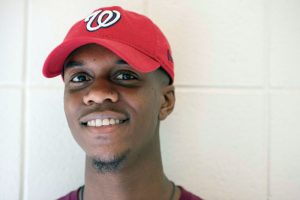 Lewis was inspired to make meditation and yoga part of the camp after a positive experience in tai chi classes at the Kannapolis YMCA. Jon C. Lakey/Salisbury Post

It’s his fourth camp, offered free for boys ages 13-15, thanks to his nonprofit organization, Hope 4U. This year, he has 15 boys registered, the largest group ever.

In recent years, Lewis has given each camp a theme. Last year’s theme was entrepreneurship, with business owners from many sectors inspiring the campers.

This year, the theme is mental, physical and emotional alignment.

“The body follows the head,” Lewis says. “If you can expose the mind in a way that makes them feel more confident about themselves and gives them an opportunity to understand themselves, they gain confidence.”

He’s got experts in the field lined up, including a tai chi instructor, a personal trainer with expertise in nutrition, and a motivational speaker. Lewis will teach the boys how to meditate.

As in past years, the program is at Camp Barnhardt near New London. The facility offers archery, rifle shooting, kayaking, wilderness survival, first aid, a climbing tower, zip-lining, arts and crafts, an Olympic-size pool, a lake, paddle boarding, sailing and water sports. Lewis has engaged chef Treva McCain, who prepares fare with the campers’ tastes in mind. He says she has supported him every year.

Lewis attended Camp Barnhardt several years as a boy. He gets a faraway look in his eyes as he talks about the place.

“Being out there where you don’t hear anything but the wind, the crickets and the leaves, it did something for me. I try to re-create that for these young men.”

When he conceived the program, he approached the Camp Barnhardt leadership and asked what it would cost to bring them to the facility. He has worked every year since to raise the money to keep the camp going.

Several of the boys are from Atlanta, where Lewis attended Morehouse College and volunteered at youth facilities.

Michael Mathis, a 12-year-old, lives in Atlanta and has attended each session of Lewis’ camp.

“I like it because it’s a different environment,” Michael says. “We are close to nature and can do different things. I’ve learned how to start fires and tie knots. I’ve learned to be more patient. I’ve learned that you should try more things because you never know what you might be good at. I tried swimming and going in a boat. I started going to River’s camp when I was 9. Now I try new things. I go outside more and try to learn new things more.”

As Lewis talked with Michael on the phone, he asked about his mom and sister and reassured his camper that he’ll be in Atlanta soon to pick him up for camp.

“I want these boys to realize they have somebody to fall back on, someone for support. They all have family, but everyone needs someone to look up to.” 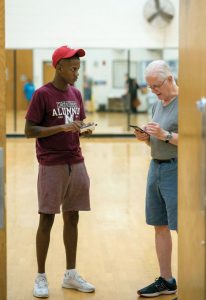 Lewis’ plan for this year’s camp will bring meditation and yoga masters to help the young men learn to be strong from the inside. Jon C. Lakey/Salisbury Post

Lewis grew up in a family with a single mom and says he didn’t know what it meant to be a black man until he attended Morehouse. While at college, he heard the Howard Thurman quote, “Ask what makes you come alive, and go do it. Because what the world needs is people who have come alive.” He realized that what makes him come alive is working with young boys and making the world a better place.

He recognizes the challenges of being a black man in America. Often, he says, black men are shadowed by security guards in stores; they hear the click of car locks as they walk through parking lots. It’s easy, he says, to allow these things to be discouraging and dehumanizing. Through his camps, he is working to motivate young men to gain confidence despite such challenges.

“It’s important for the counselors to look like the young men. It’s important for the boys to have someone who looks like them, talks like them, isn’t an outsider. If you look at the current climate of our nation, it’s hard to address the elephant in the room. As a young man seeing these things on TV, they don’t have the understanding of how to carry yourself. I’m all for youth in general, but at this time, there’s a special need to advocate for young black men. I feel blessed to be in a position to make this happen.”

Lewis has seen a marked change in the boys who return year after year.

“They are able to communicate better. They’re more inclusive and dialogue better. Initially, they had a hegemonic, masculine way of communicating. Over time, they are still masculine, but they can communicate more as a family. They look out for one another. When we stand at the flagpole, we stand as a unit. When we hike, we are a unit, and everyone looks out for the other.”

“They’ve sure had an impact on me. I needed a big brother when I was a kid. Being their big brother is a highlight for me. They see what I’m doing. I’m proud of what they will be in a couple of years as they approach high school and beyond. I want them to be proud of who they are.”

Every year, Lewis works hard to raise the money for the boys to attend the camp. This year, he has a $4,500 shortfall with 12 days before camp starts. He says he always cuts it close on money, but he’s made it every year.

This year will bring his nonprofit organization’s total to $25,000 raised and spent for mentoring young men.

To donate to Lewis’ camp, go to www.operationexposure.org and click on the “donate now” button.

By Mackenzie Hall Cooperative Extension Intern Recently, I went to Nova Scotia, Canada. During my time there, I met Captain... read more