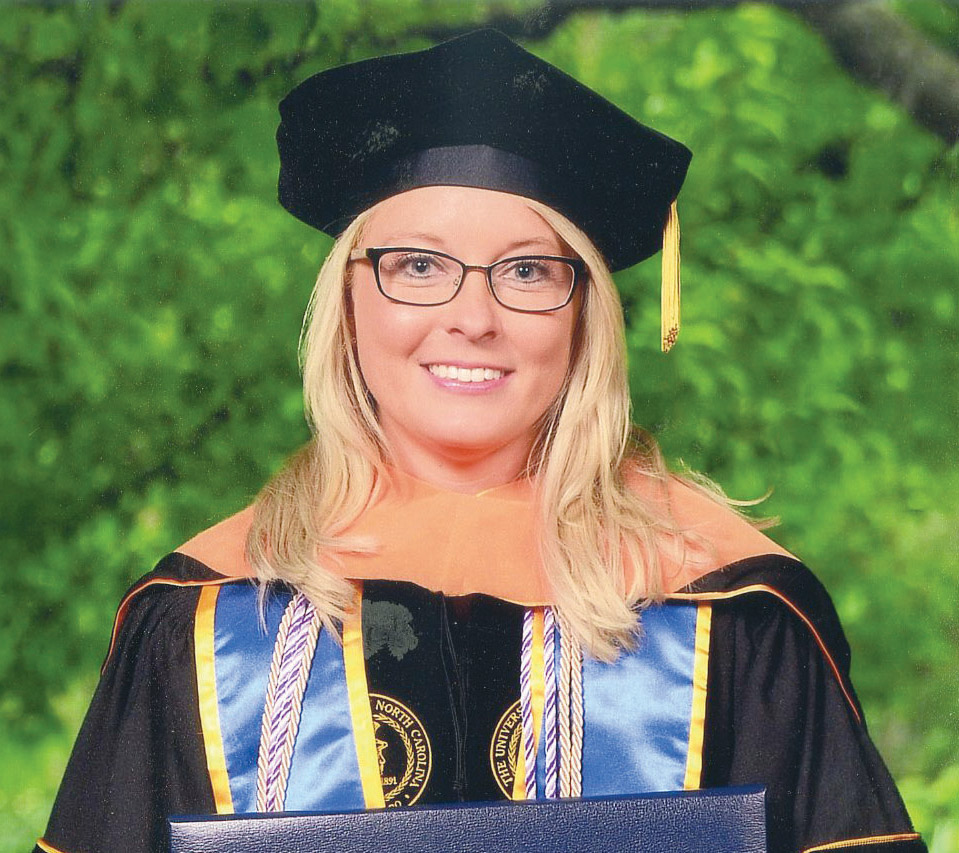 Lindsay Lyerly Draper, daughter of Mike and Cathy Lyerly of Rockwell, received her Doctorate of Nursing Practice from the University of North Carolina at Greensboro on May 9, 2019.

A 2006 honor graduate of East Rowan High School, Lindsay completed her Bachelor of Science in Nursing from East Carolina University in 2009 and her Master of Science in Nursing/Master of Business Administration from the University of North Carolina at Greensboro in 2016. In addition to receiving the Graduate Leadership Award from the UNCG School of Nursing, Lindsay is nationally certified as a Medical-Surgical nurse, was named a North Carolina Great 100 Nurse in 2013, a Cone Health Nursing Excellence recipient in 2013, as well as the Wesley Long Hospital Employee of the Month in 2013. She is a member of the Sigma Theta Tau Nursing Honor Society and the Beta Gamma Sigma Business Honor Society. In addition to her current role as a nurse at Cone Health, Lindsay will join the faculty of The University of North Carolina at Greensboro in the Fall as an Assistant Professor of Nursing.

Lindsay is married to Daniel Draper of Greensboro. They live in Oak Ridge with their four-year-old children, Taylor, Mackenzie, and Cooper.