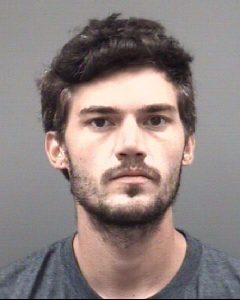 SALISBURY — A Hendersonville man was charged Friday with driving while impaired after he caused a collision Thursday afternoon at the intersection of West Jake Alexander Boulevard and Lincolnton Road, according to the Salisbury Police Department.

Reid David Williams, 27, of the 30 block of Bent Oak Drive, Hendersonville, was charged with the misdemeanor offense and a stop-sign violation. He was held in the Rowan County jail under a $2,500 secured bond.

A police officer found a syringe in the floorboard of the 1999 Toyota Camry that Williams was driving, according to a police report. A passenger in the car, Courtney Kelly of China Grove, was revived at the scene by a motorist who was involved in the crash. The driver told the Post she saw the woman slumped over and pulled her from the car. When she saw that Kelly’s lips were blue, she began performing CPR.

A Salisbury Fire Department crew administered Narcan, the drug overdose reversal medication, to Kelly. Rescuers monitored Kelly until she was able to get up and move about on her own.

According to a police collision report, Williams rolled through the stoplight at Lincolnton Road across the intersection and almost T-boned a Chevrolet commercial van. Williams’ Toyota traveled left of center and struck the van and sideswiped a Dodge Charger.

Williams was given a field sobriety test at the scene, then arrested.

Rowan Helping Ministries SALISBURY — Eric Rice had a lot — a home, friends, hobbies and aspirations. But when his... read more