Summer off to a great start for West Rowan FFA 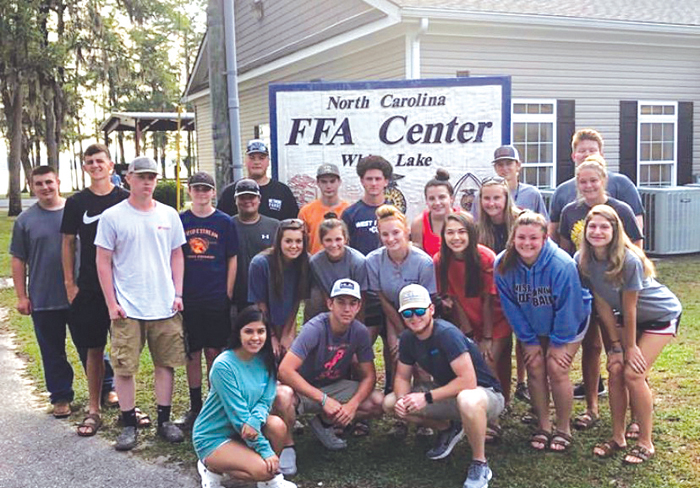 Submitted - Members of the West Rowan FFA Chapter arrive at the 91st North Carolina FFA Convention held in Raleigh. Eleven teams competed from the group, with many awards received.

The competition was held June 18-20 in Raleigh and included a career fair and career and leadership development program as well as FFA general sessions.

Advisers Jason Chester, Tori Cardea, Matthew Owen and Alex Silliman led the competitors. Teams and their winnings are as follows:

Ben Starnes tied for the highest individual score in the state with a perfect score.

Alex Keadle was the highest individual scorer in the state.

The agricultural issues team will be competing at the 92nd National FFA Convention.

• Rebekah Russell, placing second for job interview under the leadership of Cardea.

• MacKenna Clifton, placing second for extemporaneous speaking under the leadership of Chester.

• Mayerlin Alpizar, placing first in the prepared public speaking competition under the leadership of Chester. She will compete at the National FFA Convention.

Alongside these career and leadership development awards, the West Rowan FFA Chapter won the National Chapter Award and had multiple state proficiency awards. These include:

All brought home the gold with their respective proficiency areas.

After a successful week at the convention, the West Rowan FFA Chapter spent a week unwinding at the North Carolina FFA Camp in White Lake. From June 24 to June 28, chapter members had the opportunity to learn leadership skills and grow closer as a team.

The trip was made possible through West Rowan FFA alumni, advisers and parents.